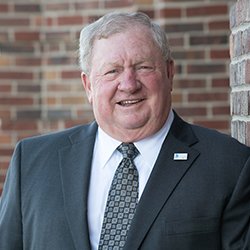 Joe Templet was recruited right out of college in 1968, by Procter and Gamble, to work in the Consumer Paper Products business. He joined Polaroid Corporation in 1973 before moving to the Parker Pen Company in 1982. United Stationers Supply Company recruited Joe in 1985 to serve as VP of Sales, Johnson & Staley, a large writing instrument, art supplies and college bookstore products supplier. Through the years, he held various positions at United Stationers, which rebranded as Essendant. Joe’s current role is SVP, Trade Development.

During his career at United Stationers/Essendant, he has been actively involved in industry associations and has been involved with the City of Hope for 30 years. In 2013, he was the recipient of the first City of Hope Hall of Fame Award, in 2016, he received the prestigious Spirit of Life Award, and earlier this year he was awarded the 2018 Lifetime Achievement Award from the BSA.