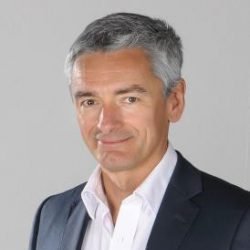 Having joined Bruneau France in 2010, Nicolas Poitier is currently CEO of the Bruneau Group. With operations in France, Benelux and Spain, Bruneau enjoys a turnover of €300 million and has 750 employees. An engineer by background, Nicolas developed a strong interest in sales and marketing with roles in companies such as Air Liquide and General Electric. More recently he held several general management positions within the Alcan Packaging Group (now merged with the Australian Amcor Group).