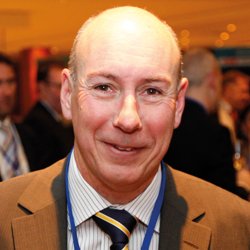 At the beginning of 2018, Mark Cooper took up the role of President at Avery Products Corporation. Prior to this position he was VP/GM Europe & Asia Pacific. Mark had a six-year stint at envelope and packaging company Bong from 2007-2013. Before taking up the Managing Director position at Bong, Mark had spent 16 years at Avery in a variety of marketing and general management roles, before re-joining the company following its acquisition by CCL industries.