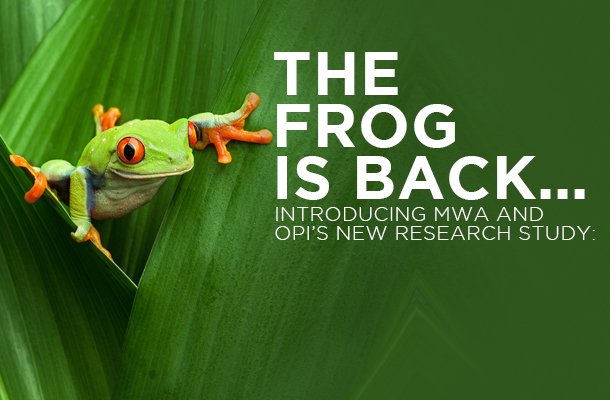 Boiling the Frog: Table Of Contents

There’s an urban myth which says that if a frog is placed in a saucepan of boiling water, it will jump out, but if it is placed in cold water that is slowly heated, it will not perceive the danger and will stay in the saucepan, where it will eventually be cooked to death*.

*According to biologists the premise of this story is not literally true, but it’s best not to try it…

The moral of this fable – known as the ‘boiling frog syndrome’ – is that human beings sometimes are unable to detect gradual change until it is too late.

BACK IN 2012, MARTIN WILDE ASSOCIATES (MWA) AND OPI CARRIED OUT A RESEARCH PROGRAMME TO TEST THE EXTENT TO WHICH THIS PRINCIPLE APPLIED TO THE OP (OFFICE PRODUCTS) INDUSTRY, DRIVEN BY TWO FACTORS:

• The adoption of new office technology that kicks over traditional local cultures and working practices worldwide.
• Office workers aged under 35 (ie those at ease with the digital age) behaving very differently to their senior colleagues and their use of traditional OP items is more likely to be minimal.

In short a demographic and technological trend has been developing in end-user markets which – in time – could so heat up the OP industry ‘saucepan’ that the ‘frog’ – that is, demand for conventional OP items – will die.

The resulting research report – called Boiling The Frog: The OP Industry’s Guide To Younger Office Workers – is widely regarded as a ground-breaking research study of changing demand within the office products industry.

HOWEVER, SIX YEARS HAVE NOW PASSED SINCE THAT ORIGINAL STUDY, AND A LOT OF THINGS HAVE HAPPENED IN THAT TIME:

• Is the decline in demand for core OP now bottoming out as MWA/OPI’s State Of The Industry 2017-18 report suggests? What are office workers’ current predictions for their future use of core OP?
• How have key office worker attitudes and habits changed since 2012?
• What do office workers now expect from their employers in terms of working styles and environment?
• To what extent is Amazon/Amazon Business being used as a source of business supplies by these workers?
• How do these workers engage with business supplies providers? What types of interaction interest them most?

Accordingly, MWA and OPI are launching a new research study, entitled Boiling The Frog – Revisited. This vital research – based on in-depth telephone interviews with 500 office workers (250 in the US and 250 in the UK), c60% of whom will be under 35 – will repeat most of the key elements benchmarked by the last Boiling The Frog study but will also look at the kind of working environment that these workers require and their experience of interacting with (and purchasing from) OP suppliers.

DUE FOR PUBLICATION IN DECEMBER 2018/JANUARY 2019, THE REPORT WILL INVESTIGATE KEY QUESTIONS THAT WILL HAVE A MAJOR IMPACT ON THE FUTURE OF THE OP INDUSTRY, INCLUDING:

• Which OP items are regularly being used in the workplace and for working at home?
• Which products are being used more – or less – than in 2012?
• To what extent are product branding and product colour important?
• Do workers prefer to use eco-friendly products if there is no price difference?
• To what extent are documents printed out? Under what circumstances?
• Do workers now share a printer? How has sharing a printer affected their usage?
• Are printer cartridges being sourced under a MPS contract?
• To what extent are documents filed/stored? Under what circumstances?
• What written communication methods are used formally and informally to contact those outside a worker’s company?
• What social networking sites are used for work?
• How important is it that an employer offers healthy snacks, ‘Barista-style’ coffee, sit/stand workstations, perch seating, monitor arms/risers, ergonomic mice/keyboards, wrist rest pads, multiple screens, social spaces/breakout areas, office plants, natural lighting and the latest technology products?
• Where are hot drinks sourced from at work?
• What methods do workers use to select products? Are online product reviews important to their decision?
• Do workers have the opportunity to buy products? If so, where from?
• Is Amazon being used as a source of OP? If so, does the worker use their own Amazon Prime account?
• What aspects of a supplier’s digital content and web site most engage these workers?
• How will the use of OP change in the next
five years?

The report is due for publication in December 2018/January 2019

This authoritative industry-wide report is available for £2,950.

Boiling the Frog: Table Of Contents 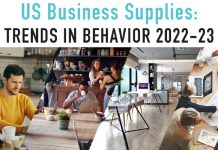 The US Business Products Consumer: Trends and Behaviours in 2022-23 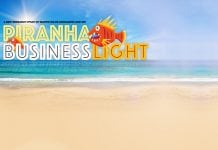