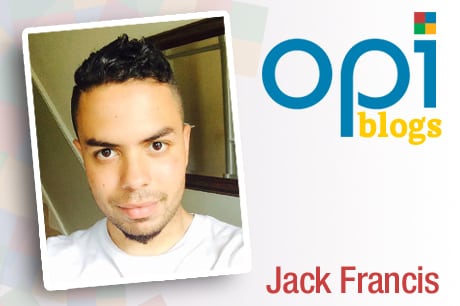 Before working at OPI I would be lying if I said I knew how large and varied the office products industry was. Describing my job to friends my own age at social events always brings about the same look of bewilderment. And it’s always followed by the same comments: that the magazine I work for couldn’t possibly cater to an audience bigger than a few hundred. And that a magazine dedicated to the OP industry couldn’t possibly be interesting.

Hopefully this blog will explain to other millennials that this isn’t the case. However, in my pre-OPI days I would have probably agreed with them; this quickly changed in the weeks following my appointment at OPI.  You only have to look at the membership at opi.net and the number of subscribers to our monthly magazines where the readership covers most countries, to get a sense of how large this industry is. I only recently discovered we even have subscribers as far as Haiti. The sheer scale of Industry Calendar Events is also overwhelming, with events such as NAOPA 2014 being a huge logistical undertaking.

As a child of the 1990’s growing up in the UK, my mind was as far away from the OP industry as humanly possible while growing up. However, looking back, you can say that it was ever present. I feel the industry has developed significantly and adapted to technological advances over the past 25 years judging from my experience as a millennial. Starting off from nursery – kindergarten for our US readers – in the early 90’s, classrooms used to be a sea of coloured pencils, felt tip pens, paper and other arts and crafts paraphernalia. I suppose at that age, we imagined that they appeared out of thin air, whereas in reality, a well-stocked classroom costs hundreds, if not thousands of pounds for schools. And when the UK alone boasts over 100,000 early year childcare providers, the numbers add up to a large and profitable industry.

Primary school was a time for the latest crazes and fads – during my time there it was all about gel pens and who had the coolest pencil case; now the ‘loom band’ craze has taken over. The OP industry is adept at keeping up with the latest ‘in’ thing; Euroffice is even running a competition to win 10,000 of them.

Secondary school and university saw more of a switch from traditional OP to more technological products, something mirrored in the industry recently, with an OPI poll showing that companies stating that IT/e-commerce would represent their biggest investment over the next six months.

The university I went to had a student population of around 40,000. If you think that most of them needed a laptop, notepads, post-it notes, and if you’re very lucky, perhaps a personal printer, you can understand why the OP industry is still vital to a younger demographic. The campus library had 2.78 million books, 26,000 print and electronic journals, 850 databases and 6,000 electronic books to help cater to these needs; these are staggering statistics which make you sit up and take notice once you realise that numbers like these contribute to companies like Ingram Micro generating $10.9 Billion in sales. Once I mention that at a party, my job no longer sounds like the most boring in the room.

Once full time education is done and dusted and you’re out in the workplace, you think you can escape the OP industry. Wrong. Most, if not every business has some kind of office, which will always need the same sorts of products: phones, desks, chairs, post it notes, name badges etc. It doesn’t stop there either. With the industry moving into breakroom products, even if you stop to take a breather from the all-encompassing world of office products you’re still a consumer to the industry. Perhaps the coffee pot your drink from came from Keurig? Or perhaps the soap you washed your hands with came from Kimberly Clark?

It’s no secret that the OP industry demographic is not the youngest. However that is not to say that the industry is stuck in the past or is uninteresting. Perhaps on first glance, to the untrained eye, to a millennial, it can be.

However, if you look at how far the industry has come in a short amount of time, as it has had to adapt to an ever-changing world relying on technology, and the vast aspects of daily life it covers without people even noticing, you can’t argue with its importance in both economic value, and its importance to the individual.

As an industry I hope people realise that it is often an unappreciated industry that has helped us from education, right up to when we take our first steps into the working world. And let’s face it, as much as we millennials like to think we’re far ahead of everyone else in terms of technology, if we are ready to go out food shopping and the battery on our smartphone has ran out; we’d probably write our shopping list on a post-it note. 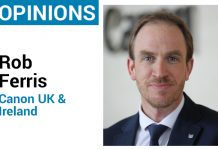 Are millennials turning away from remote working? 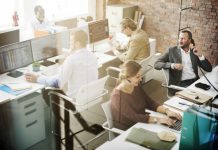 Millennials on the hunt for mentors 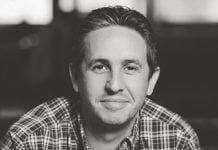