13 October 2004 – Toronto (CAN): President and CEO of Xerox Canada Doug Lord has been appointed chairman of the newly-formed Canadian Aboriginal and Minority Supplier Council (CAMSC).

The council will work to promote the economic development, employment and inclusion of Aboriginal and minority enterprises by large corporations. It will do this by providing certified suppliers with procurement opportunities at large companies and offering business development programmes, seminars and other support services.

Orrin Benn, president of the council said: "Support from major corporations such as Xerox Canada and its top executives builds a strong foundation for our programmes. CAMSC offers a win-win relationship for both the Aboriginal and minority businesses seeking new opportunities and for corporations such as Xerox Canada seeking improved efficiency and innovation through links enterprising suppliers." 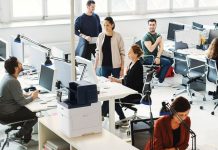