Woolworth’s stake in the New Zealand-based Warehouse has effectively blocked founder Stephen Tindall’s buyout plan for the outstanding 50 percent of the company.

New Zealand legislation stipulates that a bidder for Warehouse needs to own 90 percent of all company shares before it can acquire remaining stock.

Woolworths acquired its stake for NZ$196 million ($128.3 million), paying as much as NZ$6.50 per share. Earlier this month, Tindall and Pacific Equity Partners had offered to pay NZ$5.75 dollars per share. 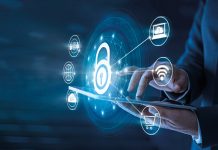