Romania’s OP market is simmering with opportunity for international wholesalers. How long can they stay away?

It is easy to forget that just 15 years ago, any mention of a lever arch file or stapler in Romania would likely to have been met with blank stares. Under the sliding grip of communism, which held on until the eventual overthrow of dictator Nicolae Ceausescu in 1989, this ‘luxury merchandise’ was largely unheard of.

A few years on however, managing director of Astraplus, Augustin Dragan, believes that Romania – with its physical size, population of 20 million (eastern Europe’s second largest) and OP market dominated by many independent resellers that often do not have the product and/ or market experience to fully develop the country’s potential – is ideal for a professional wholesaling operation. "Wholesalers can stock, deliver and finance a wide selection of products anywhere quickly," he says.

Furthermore, as the hypermarket craze descends on Romania, with the recent entry of Carrefour, Cora and Lever Group, opportunities abound.

And demand is high. In fact, Romania’s OP industry is currently growing at a steady 15 per cent, by far outpacing the country’s GDP growth which, for the last two years, has sat around the very respectable six per cent mark.

Astraplus, now Romania’s largest OP wholesaler, with a current annual turnover of 16 million ($7.5 million), stands to benefit greatly over the coming years. Since its birth as a family business in 1993, it has dramatically expanded its range of OP products, built up its import and wholesale business for sale to dealers and end-users, and now plans to offer dealers full product and marketing support in partnership with the relevant manufacturer.

This may sound like a confusing array of roles for a wholesaler, but in Romania, things work a little differently.

The absence of international players in the OP market has kept it extremely fragmented. Many wholesalers sell to end-users as well as dealers; many wholesalers distribute imports exclusively; there are no dealer groups (down to the fact that everyone in Romania wants to be the boss, says Dragan); and many regional dealers act like wholesalers and retailers – holding stock in the back and selling to end-users through a retail outlet in the front.

Astraplus, for example, is an exclusive wholesaler for Bic and is looking to secure more such contracts. Another major wholesaler, Noua Generatie (or ‘New Generation’), acts as an exclusive agent for Maped in France, Pentel in Japan and Snopake in the UK. Furthermore, 80 per cent of its imports go to the end-user, just ten per cent to dealers.

Noua Generatie’s sales director Cristina Vasile says: "Romania does not have a very competitive climate. Most do a bit of everything. We are lucky because in crowded marketplaces, wholesalers are restricted by time and tough competition. Here there are many small, family-run wholesalers, but only seven or eight main players."

But some wholesalers, through lack of experience, have not taken advantage of this potential, says Dragan. Large OP importers Lecom and ITC, the latter now Romania’s biggest importer, for example, did not see the market opportunity to sell to end-users and suffered as a consequence. And smaller wholesalers, that tried to sell at lower prices to compete against ITC, have failed to make a profit. It is likely that many players will not understand the market until the big international players arrive.

Until now, however, the big OP cheeses have been put off Romania because of its small market, and, amongst other reasons, the weak legislation surrounding counterfeits, with which Romania is flooded. But the country’s scheduled entry into the EU in 2007 should change all that, as should the government’s proposal to lower the profit tax from 25 per cent to 19 per cent the same year.

Their arrival will mean a very different story for national players. Their instant ability to sell their own brands at lower prices will run many of the small companies out of business. And the larger players may be forced to align themselves into separate roles. "Wholesalers will become logistics companies and distributors to deliver to hypermarkets or other retail chains," predicts Vasile.

Many global wholesalers will likely make a rush for firms with market share to acquire or create joint ventures with. Some national players, such as Astraplus, believe that if they can hold on to their exclusive brands until then, they will be strong enough to survive. Others, including Noua Generatie, have already prepared an audit as a way of introducing themselves to the conquistadores. 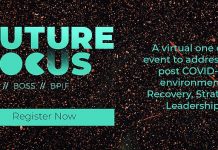