11 November 2004 – Takapuna (NZ): The Warehouse Group has reported a modest rise in its Q1 sales.

There was better news from the company’s Warehouse Stationery unit, however, which returned a 17.6 per cent rise in sales, up 8.6 per cent on a comp basis. 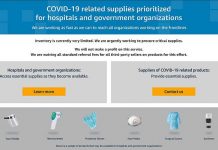