3 July 2007 &mdash; Des Plaines (IL): TriMega Purchasing Association has delivered another cash distribution of rebates, worth $7.5 million, to its members.

The payout brings the total rebates paid in 2007 to $19.6 million, resulting in a six-month distribution record, and an increase of more than 15.2 percent versus the same period last year.

Charlie Cleary, TriMega’s president, said: "We remain encouraged by the positive momentum we are seeing in the independent dealer channel, and in our TriMega dealer community in particular.

"In addition, the support and commitment to TriMega’s preferred suppliers and the association’s programmes, has shown it clearly pays dividends and improves the profitability of our independent dealer members." 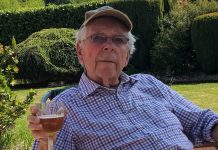