A new report on the future of the global forest, paper and packaging (FPP) industry has been released by PricewaterhouseCoopers (PWC).

Conducted between Febuary and May of this year, CEO Perspectives draws on interviews with 17 CEOs from across the industry, tackling issues ranging from general economics to sustainability.

There are four basic conclusions. Firstly, the cost structure of the industry is under pressure. Secondly, the FPP supply chain needs to be optimised and the industry consolidated. Thirdly, it is crucial to really know your customer and understand your markets. And finally, sustainability is a critical factor to ensure long-term success.

As growing pressure mounts on the industry’s cost structure, PWC suggests that companies consider capacity reduction and other methods of lowering costs. This, it claims, is a more feasible strategy than attempting to pass on rising costs to the customer. Some companies are already implementing this advice.

Last month, Domtar cut its costs by indefinitely closing four Canadian paper mills. The company said it was forced into action by high timber costs and low demand for lumber and wood chips.

High energy costs are exacerbating the cost structure in the industry even further. Soaring fuel costs not only make production more expensive but also inflate transportation costs. Combine these factors with the ageing and less efficient mills in the more established markets and there can only be one result – shrinking profits.

So what solutions are industry chiefs coming up with? The answer is the immediate sale of assets. Back in September, this is precisely what Georgia-Pacific (GP) did. The company agreed to sell six mills across Mississippi, South Carolina and Georgia to Oregon-based Roseburg Forest Products. And more recently International Paper has announced plans to sell its drinks packaging division to New Zealand-based Carter Holt Harvey.

However, the disposal of assets is a drastic measure and is not the only solution available. Companies can combine strategies to improve costs. For instance, although GP decided to sell some of its mills, it has also introduced programmes to increase its productivity.

The firm invested $200 million in the installation of new machinery at its Wauna mill in Oregon. The investment is part of GP’s ongoing strategy to become the market leader and supplier of premium paper towels and bath tissue.

PWC found the CEOs interviewed to be in broad agreement over industry consolidation. They accept that it’s inevitable if producers are to remain competitive. But debate remains on the nature of consolidation.

Some bosses believe economies of scale are only attainable within single regions, so cross-continental deals are likely to remain elusive. But others are certain that some companies will go global.

Customer retention and defending market share were also identified as being paramount to future growth.

In terms of customer retention, some of those surveyed employ strategies that tailor product mixes to improve value to customers. Others emphasise the importance of investing in R&D to engage with customers’ changing needs.

All of the CEOs PWC interviewed are looking toward emerging markets. Some are evaluating Asia and China for their obvious growth potential.

But no region is a completely safe bet, and none can offer guarantees, China included. Its paper-making prospects are fairly low due to the lack of forests in the country and unreliable energy supplies.

Others are looking towards Central and Eastern Europe. The region is considered by some to have great potential for expansion. But again it has its drawbacks. Russia’s lack of proven economic stability, for example, means that foreign investment remains cautious.

The country is widely regarded to be a future giant of the FPP industry. Given its proximity to Asian markets, the country could become the world’s biggest source of low-cost softwood fibre.

But Russia also currently lacks the stability to attract vast investment and is still plagued by illegal logging. Gradually, though, the potential of this giant is finally being realised.

Last month, ACCO Brands set up a representative office in Moscow as part of its European Go-to-Market strategy. It has also set up a new region to focus entirely on the Eastern European countries, Russia, the Ukraine and the ex-Commonwealth of Independent States.

According to PWC, environmental sustainability is firmly on the executive radar. Corporate social responsibility is moving up the agenda. And companies are improving their green credentials and considering resource sustainability.

Retail giant Wal-Mart is making considerable progress on its green record. The company has been reducing packaging sizes to conserve cardboard and increase truckload capacity. This in turn reduces fuel consumption and transport costs.

CEO Perspectives recognises the short-term difficulties the FPP industry is up against. But more reassuringly, it proves that these challenges are being addressed in order to safeguard the long-term health of the industry. 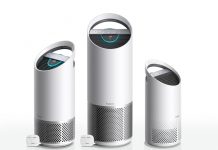