This past holiday season in the US was a merry one for printer manufacturers. As families transitioned from traditional 35mm cameras to digital cameras, they sought ways to print these digital images. US retailers were well aware of this trend. Three of the top five best-selling personal colour printers were sold as part of bundles during that week. These bundles included such items as PCs, digital cameras, paper and flash memory. Approximately 5 per cent of all the rebate promotions for personal colour printers during the holiday season were for PCs; 14 per cent of these promotions bundled digital cameras.

Bundles were a major focus of retailers in the consumer electronic superstore (CESS) channel during the holiday season. Best Buy, Circuit City and CompUSA reflected this trend. The more business-oriented office superstores such as Office Depot and Staples focused more on instant savings promotions, but supported the photo printer craze nonetheless.

Personal colour printer sales have boosted revenue for printer manufacturers while providing consumers with the convenience of printing pictures whenever they want. Even though printing these pictures on older inkjet models can cost $1 or more per page when the prices of cartridges and paper are factored in, most consumers have been blissfully unaware of the actual expenses involved in the process. Given their dominant market share, Hewlett-Packard (HP), Epson and Canon have been the major beneficiaries of this trend because it is predominately their customers who have been purchasing high margin printing supplies.

For manufacturers, it was just too good a situation to last. Retailers such as RadioShack, CVS and Rite Aid have begun adding printing kiosks. Customers can use their digital camera memory cards to print professional-quality pictures at prices as low as $0.24 per picture.

That’s a blow to printer manufacturers because, ironically, the people who use US kiosks are the financially savvy ones who could best afford the price of a new printer or the cost of printing digital images on their current inkjet or photo printers. A close look at the results of MetaFacts’ 2004 Technology User Profile report reveals the following:

â€¢ Kiosks are a family affair. Around three-quarters (73 per cent) of users are married.

â€¢ Women, particularly those between 20 and 29, use kiosks at a 30 per cent higher rate than their population would predict.

Retailers want this affluent group’s photography business because they want them in their stores. Wal-Mart and Costco, as well as other chains, have another option for these upscale customers who would rather not print out their own pictures, but don’t want to wait for online services such as Shutterfly and Ofoto to mail back finished pictures. It is possible to upload digital pictures to these companies’ websites then pick up finished pictures at their brick-and-mortar stores within one hour. The price per photo is very attractive. Recent promotions have seen the prices per photo drop to $0.24 at Wal-Mart, $0.18 at Sam’s Club, and even $0.14 at Costco.

Capturing this group’s loyalty is even more important right now, given the explosive growth of camera phone popularity. While it is one thing to save and view these pictures, the rubber hits the road for printer manufacturers and retailers when these customers decide they want prints of the photos. Yahoo! reports that its Mobile Photos site gets the most traffic of any online photo site. For people who don’t want to wait for pictures to be shipped back to them, Fujifilm and Sprint have partnered to allow Sprint camera phone users to upload their pictures via the latter’s Picture Mail service, then pick up finished pictures at Fujifilm retail photo finishing locations. Kodak has gone a step further by equipping its G3 family of photo printing kiosks to receive camera phone images via Bluetooth wireless or infrared transmission. Customers in Asia are already printing photo camera images on Kodak kiosks thanks to the company’s long-standing partnership with Nokia.

Printer manufacturers have countered retailer efforts to erode their customer bases by engaging in a very public war of words. Epson fired the first round by advertising its PictureMate printer at $0.29 per photo and HP responded at this year’s PMA tradeshow with a bundle that brings the cost of photos down to $0.24 per picture. This approach is self-defeating, and neither company will win. By focusing the customer’s attention on cost per page rather than benefits such as convenience and absolute control over what ink and paper are used for quality prints, the printer manufacturers have waged a war on terrain that is far more favourable for retailers.

Imagine Wal-Mart’s delight in being able to ignore questions about quality and be able to focus on just the cost, an area where it knows it can win. With its sheer volume, Wal-Mart can wring out concessions from film processing partners and paper suppliers to keep lowering its prices. Film processing represented only about 2 per cent of Wal-Mart’s store revenue this past year, while printing accounted for around 75 per cent of HP’s revenue.

As HP and Epson look for cheaper sources of paper and ways of re-engineering their printers to be more cost-effective, even decreasing the size of print cartridges to save on ink, they face a no-win situation. Lowering prices to stay competitive with Wal-Mart and Costco hurts their bottom line profits far more than it hurts the retailers which can count on impulse buying by customers, lured into their stores by cheap photo processing prices. What printer manufacturers should do is focus on the following:

â€¢ Photo finishers do not routinely remove problems such as red eye. They should improve their free editing tools to give unsophisticated users an easier way to improve the quality of the printed photos. They should also emphasise that no one is in line behind them impatiently urging them to hurry (as might be the case at a kiosk).

â€¢ Accelerate the offering of wireless interfaces for photo camera printing and mount an extensive education campaign to show how easy it is to do.

â€¢ Printing a picture at home means total control over the type of ink and quality of paper used.

â€¢ Focus on longevity. Smaller retailers tend to use dye-sub machines that have very poor image permanence (as low as five to seven years for some, according to Wilhelm Imaging Research).

â€¢ Focus on the environment. Large volume retailers like Costco or Sam’s Club tend to use silver halide-based printing techniques. While longevity is good (50 to 60 years), the process produces hazardous waste water

â€¢ Focus on convenience. You can print at any time – including the middle of the night.

For the long term, it appears that printer manufacturers are fighting a losing battle, and the only question is how much they can slow their rate of customer attrition when it comes to printing photos outside the home. IDC seconds Current Analysis’ view and, in fact, forecasts a drop in home photo printing from 69 per cent this year to 42 per cent in 2007. Keep in mind that the overall photo printing market will be far larger in 2007 because camera phones and digital cameras are both likely to be ubiquitous.

Perhaps the most likely scenario is that consumers will have far more options and be far more selective when it comes to photo printing than they are today. When it comes to printing dozens of pictures for an event such as a wedding, where it is impossible to determine which pictures friends and relatives will want, an online service where website visitors can select the specific photos they want to print makes a lot of sense. However, for the majority of situations, uploading pictures before heading to a major retailer is likely to become part of the normal shopping process for many people.

Finally, there will always be occasions when people will want to print out a few pictures from their digital cameras and camera phones immediately in order to show people, and that situation will always favour the home printer. The degree with which printer manufacturers can turn their customers’ attention away from cost per page and toward quality and immediacy will determine how much they can slow retailers’ inevitable advance toward photo printing dominance. 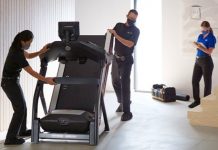