News that IBM is selling off its PC business has highlighted a tricky path for the PC industry. What lies ahead?

‘Personal Computer announced by IBM’ is the title of a press release dated 12 August 1981. "This is the computer for just about everyone who has ever wanted a personal system," then VP of IBM CB Rogers was quoted as saying. "We believe its performance, reliability and ease of use make it the most advanced, affordable personal computer in the marketplace."

Back then the tech giant had reason to be optimistic. The PC sparked one of the most dynamic and fastest-growing industries ever. And Big Blue, with the biggest market share until 1994, rode the wave with vigour.

Ten years on, things are very different. The company’s PC division has seen profits wean and losses mushroom – to a net of $258 million in 2003. All in all, IBM’s announcement on 7 December that it is selling its PC division to China’s largest PC manufacturer, Lenovo, for $1.75 billion comes as no great surprise to many insiders.

Indeed, over the previous weeks, analysts abound had published sceptical growth outlooks for the PC market. And just days before, Gartner had released a report saying that an austere environment characterised by weak replacement activity could force three of the top ten PC manufacturers to exit the space by 2007. "There will be three lean years of single-digit growth after 2005," says Gartner analyst Leslie Fierring, "before revenue growth comes to a virtual standstill."

Such a low-profit environment inevitably leads to a squeeze in the middle, IDC analyst Roger Kay told OPI. Tier two companies do not have the customer intimacy of low-end players nor the high-efficiency and operational excellence of Dell and Hewlett-Packard (HP) at the high end.

And IBM, with a 5.6 per cent market share, sits bang in the middle; way behind the hot-to-trots Dell and HP with a 16.8 per cent and 15 per cent share respectively.

Fierring’s advice to threatened vendors is: diversify into related pursuits, such as consumer electronics; attempt mergers with rivals; or, if need be, abandon the space altogether.

IBM’s exit strategy aligns quite well with the prescription. Its 18.9 per cent share of Lenovo will enable it to benefit from gains in the PC business without letting the costs drag down overall results. Analysts have already upped estimates for IBM’s profit margins this year from 12.7 per cent to 14.4 per cent as a result of the deal.

More importantly, being an already established brand in Asia and now a preferred supplier to Lenovo, which accounts for 25 per cent of the domestic market, IBM can go into China and sell its servers, software and computer services for much higher profits than PCs, thank you very much, and hopefully block the Asian entrance of its rivals into the bargain.

So where does this leave Dell and HP? Many would expect them to be drooling at the prospect of the loyal IBM customers-turned-Lenovo-sceptics that will inevitably emerge. After all, Lenovo has little brand recognition outside China and will face numerous integration and cultural issues.

But Wall Street is divided on how much the top two stand to gain. Kay predicts that Dell’s efficiency and dominance in the corporate market could allow it to price itself appropriately to potentially become a monopoly. But according to Forrester analyst Simon Yates, IBM cast-offs are likely to be equally divided on a unit basis. In fact, Yates believes HP stands to gain most from the sale on a percentage basis, building on recent momentum gains in the enterprise market.

But PC profitability margins at even Dell and HP are shrinking. Kay may be right when he says: "It is really only companies like Microsoft and Intel, whose software and chips come as industry standard, that make decent money from PCs these days."

HP begs to differ, of course. A company spokesman told OPI: "HP’s PC division continues to thrive and we have made substantial R&D investments that give the company a significant advantage over other PC vendors moving forward."

Reiterating Fierring’s advice, he emphasises HP’s diversification into pursuits such as consumer electronics (including plasma TVs, digital cameras and iPods) as well as its expansion into emerging markets such as EMEA and Asia-Pacific, where "businesses have experienced impressive revenue growth".

But, as Kay says, consolidation will undoubtedly keep squeezing the PC market. "Vendors will convince us they are committed to their business until the day they sell it off," he says.

Who knows how long it will be until another announcement hits the newswires. 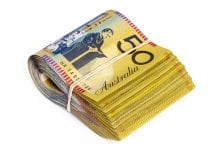 HP Inc agrees to pay up in Australia over ink gaffe