The company reported a Q1 loss before income taxes of $7.5 million, compared to a loss of $6.1 million last year.

President/CEO David Feldberg said: "First quarter revenue was in line with our expectations. We are encouraged by the strength of the market and the activity we are seeing, and we expect to grow our revenue in 2006." 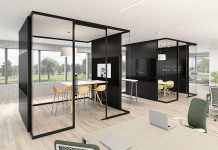