Nothing in these pages is new or revolutionary. The legacy of leadership has been handed down through the centuries from people like Alexander the Great, Julius Caesar, Jesus, Buddha, Churchill, Eisenhower and Lincoln, to name but a few.

All leadership is values driven whether we like it or not. We bring to bear on the people around us our values, standards and principles that have been sharpened and honed from early childhood.

The Jesuits said: "Give me a child until the age of seven and I will shape the man for life."

We need to give our values the maintenance and priority they deserve to keep them in good working order, so if they are needed we can call on them and they will hold us true.

In times of war and conflict our values can get corrupted, especially when we are in the heat of battle.

It is easy to see what is right and wrong when we are not involved. When we are, however, at the centre of the decision-making process with all the stress and pressure that this incurs, it is far more difficult to hold on to the values that we know are right, and make a right decision rather than get dragged along with what is a popular decision, whilst all along we know we are compromising the very core of our being.

People can have changing principles that are often situation dependent. This can often cause our values to be based on shifting sands – they don’t have any substance and therefore everything, especially the bad, in the fullness of time will become acceptable as we change our values to suit the situation rather than manage the situation in line with the values, standards and principles we know to be true.

I have deliberately used an emotive subject so we can see how easily in one sense our values can be compromised, whilst on the other hand we can look and hope that if we were in the same position, God forbid, we would not let our own values be swayed by the situation and thus compromise everything we stand for.

As the saying goes, "All it takes for evil to flourish is for one good man to stand by and do nothing".

Business is not so clear-cut. In many ways it would appear, against the backdrop of what I have just described, it is of very small importance in comparison. However, values are not just there for times of war or bitter dispute. Values are there to allow us to walk through life influencing the world and people we touch in a way that allows us to sleep at night.

Values in business are often words that have great meaning, but no life breathed into them.

We place these words in sentences for our customers to see, and our staff to feel good about, but totally fail to put real substance into them and back them up with actions.

We are judged by actions and deeds, not just by words. So, how do we live up to the values we hold dear, how do we walk the talk, how do we not compromise our values whilst we may have to compromise the argument?

Telling people the truth, most of us would see as a good thing. There would be times however, when we could justify that telling somebody the truth would not be beneficial to them. So we are now in a dilemma.

Our values say we should tell the truth, our sensitivity tells us saying nothing would be the best thing, as we don’t want to hurt them.

This is where no single value can stand alone; others will need to come into play to allow us to stay true to the value that is most at risk of being compromised. For example, truth on its own can be cold, brutal, hurtful and so on.

If we bring other values alongside, this then allows us to do the right thing in the right way. If we bring values of sensitivity, care and courage alongside truth, then we can have the courage to deliver truth in a sensitive way that the other person will be able to hear, but that may not necessarily be the way that we would wish to deliver it.

Most values are about balance and it is often a very precarious one.

One of the extremes of holding to their values would be the Japanese samurai class pre-1600 where the practice of seppuku, which was ritual suicide on a point of honour, was largely practised.

Thank goodness, this was mainly forbidden in 1603 and not supported by high-ranking Japanese in 1663.

However, in modern Japan the idea that an honourable death is better than a life of disgrace still continues.

Japan has the highest rate of suicide in the world. Disgrace and dishonour are still there in today’s modern Japan and Japanese people still kill themselves for failing in business or disgracing their family and their bosses.

So where do we go from here? Honour and loyalty from staff is something bosses and managers demand. And why shouldn’t we – after all, we pay them.

We need to know what our values are, we then need to look and see if the company we work for allows us, by its culture and its modus operandi, to live those values.

We need to hold ourselves, our departments, our work colleagues, our bosses and our companies accountable for the values that are written on mission statements, and breathe life into them, so they don’t just become fancy words and rhetoric.

We are all responsible in helping the company live and breathe its values for we, the people, are the lifeblood, the breath, and the beating heart of our companies, and therefore we are the keeper of its conscience and its values.

The questions I will leave you with are:

• What are your three prime values?

• Do you strive to live up to them?

• Do they fit with your business?

• Do you help your work colleagues stay true to their values?

Do you then collectively help the business not to compromise on the values it holds dear?

Your answers to these will help (I hope) to be a guide to actions from your conscience, and that will improve the active expression of company values. This in turn will create a more truthful alliance of our internal expectations of ourselves and the external behaviour of our business. 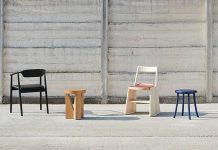 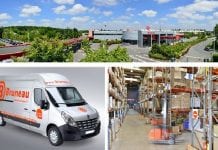