1 February 2005 – Stockholm (SWE): Buying group Nio Fem has merged with fellow Swedish group and BPGI member Kontorsman, a move which will strengthen BPGI’s hold in the local market and its competitive edge against other OP retailers.

The merged Swedish group, called Nio Fem, now has a member base of 32 dealers, with end-user sales nearing $101 million. The enlarged group also now boasts the most independently-owned OP outlets in Sweden.

Jesper Hall, managing director of Nio Fem, said: "We believe the merger and membership in BPGI will afford us the opportunity to compete more effectively with global retailers and allow us to provide better value to our members." 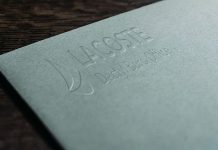