The cost of Scaldia, also a former IP unit, was reported to be 130 million ($38.5 million); the cost of Papeteries de France was pegged at 118 million.

An EU executive said: "The commission concluded that the transaction would not significantly impede effective competition in the EEA (European Economic Area) or any substantial part of it and has therefore approved the concentration."

Under EU merger regulations, if two or more acquisitions take place between the same companies – in this case Stora Enso and IP – within a two-year period, these transactions are considered a potential threat to competition. 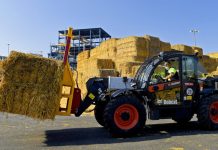