The company is spending €32.4 million on rebuilding the finishing department at its Anjala Mill in Finland to improve the mill’s productivity.

The new department is expected to be operational by the end of 2007 and 35 jobs will be cut during the first half of 2008.

Stora Enso will invest €25.3 million in a new sheeting line at its Oulu mill, to allow the facility to expand its core markets in Eastern and Central Europe. The additional sheeting capacity is scheduled to be in operation by mid 2008.

At the Austrian Bad St Leonhard sawmill, €16.8 million is being spent on a cross-laminated element plant. The plant is expected to increase the annual sales of Stora Enso wood products by €28 million when fully operational.

Construction will start in the first quarter of 2007 and is scheduled to be completed during Q1 2008, creating 53 new jobs. 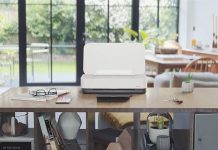