1 February 2007 — Warrington (UK): Stationery Box has confirmed that it is in administration.

Last week, Chancerealm, the parent company of the Ryman and Partners stationery chains, announced that it had acquired 61 Stationery Box shops.

The administrator, corporate recovery specialists DTE Leonard Curtis, is seeking a buyer for the company’s remaining stores, which face closure if a suitable buyer is not found.

DTE’s Neil Bennet said: "We have already received several expressions of interest and we are continuing to trade the shops in the short-term." 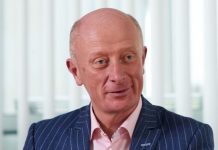 Birks back in OP retailing channel