The independent dealer community has shown little surprise by Staples’ acquisition of Prime Office Products, and is convinced it is another false dawn for any dealer roll-up

"Not at all", was the common response when OPI+ asked a number of OP industry insiders whether they were surprised by Staples’ acquisition of Nashville, Tennessee-based Prime Office Products on 16 September.

"The principles of Prime were all experienced, well-respected industry professionals who understood clearly that, once they were able to reach the appropriate scale and desired ROI, they would be acquired," says Mike Gentile, president/CEO of is.group. A phase of continued acquisitions, he points out, would have been costly and require valuable resources. And, as David Guernsey of Guernsey Office Products adds, the alternative route of a management buyout would have been more difficult given Prime was solidly profitable.

Prime, which was formed in 1999 to partner through acquisition with leading US dealers, has always been funded by venture capitalists. And like all venture capitalists, they will want a return on their investment within five to seven years. Although Staples was the only bidder, according to industry sources, they would have been able to pay the return the investors were looking for.

And from Staples point of view, it was a logical move, the industry believes. With Wall Street discontent with organic growth alone, Staples needs to continue to feed its top line. A company that enjoys approximately $135 million in annual revenues will go a long way to help.

"With Staples having a balance sheet that you would write home to mother about, why not expend the capital and acquire well-run, mid-large independents where their wholesale volume as a percentage of overall revenue is significant- says Gentile.

Analysts have described Prime as being close to the perfect dealer model, being 74 per cent supported by wholesalers, so offering Staples a broad set of products. But the main challenge for Staples going forward will be account retention, claims Gentile. "Big boxes have a much higher turnover rate than independents. Basically, no one does a better job of creating value in account servicing relationships than the locally independently-owned and operated office products dealer."

With this in mind, dealers will no doubt start competing aggressively for customers of the former Prime, which was known to have a very strong service orientation. Any negative impact will only occur if the independents located in Prime’s trading areas fail to pick up some of the business, says Guernsey.

So to what extent will the US independent dealer be affected by the acquisition? The common view is "not much". Al Lynden, VP of Chuckals, believes the impact on the dealer community will be nothing more than a "passing interest". He says: "I don’t believe that Prime was overly dominant in any particular market like, say, WB Mason in Boston, so I doubt that a single market should be impacted."

Industry insiders say that consolidation will continue, and Staples may well be on the lookout for more acquisition fodder, although it is widely believed that the retail giant will only make "strategic" purchases. "Staples doesn’t need volume for volume’s sake and its contract division is doing quite well," says Jim Preston, CEO of BPGI. "The acquisitions are therefore ones of building critical mass in target markets."

But the industry claims that an onslaught of a dealer rollup seems unlikely. "I do not believe that there will be a buying binge of small dealers. You never keep a lot of small accounts because of the one-on-one service that a small independent can give," says Allied’s Brown.

Lynden adds: "If it fits the business plan and makes good business sense, I think Staples will entertain the idea of buying out other dealers. That’s just good business practice. Do I think that there will be a feeding frenzy like we saw in the USOP days? I highly doubt it. Hopefully, the industry will react the same way it should any time the competition becomes a factor &ndash; work smarter, harder and more efficiently. Staples is a formidable competitor, but then, so are we and a lot of other independents. Some will eventually sell, and others will enter the market, and so the evolution of the industry continues."

As the small dealers struggle to keep up with rising operational expenses and the industry becomes increasingly commoditised and competitive, forcing down the value of their companies, many are trying to sell. Bob Bergdoll, CEO of Royal Office Products, believes that the acquisition of a small rollup such as Prime could well trigger opportunities for other rollups to form.

And like many others, Bergdoll believes the Prime purchase could well push other OP resellers such as Office Depot and OfficeMax to revalue their acquisition strategies. Gentile adds: "If the balance sheets of the other big box retailers improve, resulting in their ability and appetite to also enter the acquisition arena, then we will see the independent dealer market share erode faster than it has recently. This hurts the wholesalers significantly as well as the manufacturers."

Acquiring is often a bargain compared to greenfielding, at least with respect to wrestling away customers from a well-run, well-established independent, says Guernsey.

The burning question now, he says, as has been for a long time, is when are the top two resellers going to acquire #3 and #4? 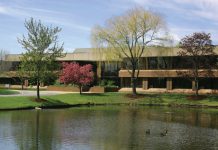 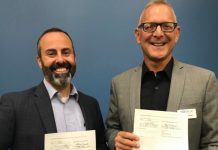 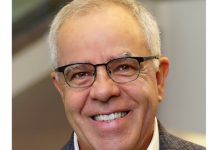