Fresh from its acquisition of Prime Office Products in mid-September, Staples has been dealer-shopping again. In October, OPI discovered that Staples’ business delivery division has purchased the rights to sell office products to customers of Bumbarger’s, an is.group member based in Hickory, North Carolina, and Consolidated Business Products (CBP), a TriMega member located in Ohio.
The agreements will allow both dealers to focus on the other side of their businesses; for Bumbarger’s, high-end furniture and copier machines; for CBP, copiers, fax machines and wireless products.
"Staples has been looking for ways to expand and grow its delivery business," Staples spokesperson Owen Davis told OPI. "Therefore it made sense to expand and introduce our business to new markets. Customers will benefit from both acquisitions as they will find it easier to get all the office products they need from Staples. And, although the company has no specifics to talk of at this time, we will continue to looks for ways to introduce or expand our delivery business where the opportunity presents itself."

Negotiations
In Hickory, North Carolina, Staples has had a store presence for five years, and a delivery presence for ten; in CBP’s area of Ohio (Middletown, Dayton), Staples has been in retail for 16 years, but has had no delivery presence.
Bruce Bumbarger told OPI that Staples approached him "some time ago" and the two businesses "have been in negotiations ever since". Bumbarger, whose business has been in the family since 1923, has mixed emotions about losing his office products business. "After doing something for a number of years, of course we have mixed feelings about the agreement, but we will now be able to concentrate on our furniture and machinery business."
Jim Burke, owner of CBP, says the sale of its office supplies division to Staples went through after a 60-day closure period. "We called Staples about handing over our contract division around February/March time and it was very interested," he told OPI. "Although our foot traffic to our retail stores was going downhill as a result of competition from other retailers in town, the business traffic in our contract division was strong. Selling this division will allow me to concentrate on my core business. The future was just not in office supplies for me." Burke believes Staples no longer has any choice but to grow in the US through acquisitions.
Dan Binder, SVP of Buckingham Research, believes the acquisitions point to a trend of increased consolidation in the industry as a whole. One of his company’s research notes says: "With an increased focus on the mid-market customer by all the national players, we are concerned that greater consolidation activity is ahead. Since independent resellers rely on the wholesaler to a much greater extent than the national players, we could see sales melt away if acquisition activity picks up…We think United Stationers could lose $30-$40 million of business as a result of Staples’ most recent acquisition of Prime Office Products."
Partly based on this consolidation theme, Buckingham Research has downgraded United Stationers shares from ‘strong buy’ to ‘neutral’ and has lowered its estimates for the wholesaler’s 2006 total sales growth from 7 per cent to 5 per cent.
Binder also believes Office Depot has started focusing on the mid-market customer and "has an appetite to make reseller acquisitions in this space if the opportunity presents itself".

Expectations
As with the Prime acquisition, the US dealer community on the whole has shown little surprise at Staples’ latest acquisitions and seems to expect the retailer to make yet more moves into the smaller to mid-sized office segment.
Al Lynden, co-owner of Chuckals Office Products, says: "Good business decisions by both parties will drive any deal. It isn’t any secret that the power channel has taken a good look at our target market and likes what it sees. We have seen a complete change in the strategy of our competition and how it goes to market, using a higher mix of inside sales reps, with business development managers calling on targeted accounts. [The power channel] is quickly learning how to target our marketplace and I guess that strategic acquisitions are the next logical step."
Impact Office Products’ Ed Walper adds: "Staples is absolutely the best performer of the public companies in the commercial supply sector. My sense is that demographic strategies drove this acquisition…as well as the Prime purchase. Staples apparently wants to throw a very inclusive blanket over both primary and secondary markets… If a dealership looks like it has a solid position in a market where Staples senses some lack of presence or vulnerability, that dealership will likely receive a probing phone call."
Michael Brown of Allied Office Supplies admits surprise by the move, however. "I don’t understand the strategy," he says. "Maybe Staples has a need for experienced farmers to handle business. Prime at least had some size in DC/Baltimore and Chicago, but I guess with Wall Street on its heels and organic growth percentages harder to sustain, these small acquisitions can provide the numbers needed."
is.group president Mike Gentile says he thinks Staples’ move was a logical one. "I am not surprised by the move at all," he told OPI. "Staples has numerous markets where it does not have a local presence. It makes sense to make an acquisition at the right price with a quality dealership rather than go through the pain of a greenfield start-up. [Staples] has a balance sheet to do whatever it wants and wherever it wants to do it."
Gentile warns that the market share of the independent dealer is in danger of being eroded if Staples acquires a few of the larger well-managed regional independents.
But unlike Binder, Gentile believes that Depot and ‘Max "are not in a position to enter the acquisition fray at this point. They have not had solid earnings performance," he says. "Their mid-market growth is stalled and they are still reeling with internal organisational issues. Independents that are well-managed have been growing this year, in spite of all of this."
Impact’s Walper agrees that the other big box players will be unable to match the focus demonstrated by Staples. "Staples will, in effect, strangle the growth potential of its former peers nationwide. As for independent dealers, more emphasis must be placed on developing better operating efficiency and lower net cost of goods in order to withstand the pressure… Buying groups must rise to the occasion."

Struggle
But while the dealer community is unsurprised by the move, it is not altogether convinced that the moves will translate into easy gains for Staples, which may struggle to hold on to the local customers of Bumbarger’s and CBP.
"I would suggest that there are quite a few potential customers looking for a local small business alternative," says Chuckals’ Lynden. Jordan Kudler, president of Crest Office Products, adds: "While it may seem to be a fairly fundamental move, it can turn out to be quite costly for [Staples] in the long run. The type of customer that is loyal to the independent dealer in this market segment typically prefers not to do business with the more ‘sterilised’ big box type supplier.
"I think that Staples has been around long enough for the customers of these dealers which have sold to know who it is. If they wanted to do business with Staples, they already would be.
"My experience over the years has shown me that the customers in this particular market segment prefer to establish relationships with dealers that can provide a higher level of individualised attention as well as superior technical knowledge and expertise," adds Kudler. "After the initial courtship and transition period ends, there is usually a significant enough percentage of customers that begin to seek out another independent office products dealer to establish a new relationship with."
Kudler believes that Staples’ inability to provide the same levels of performance that the remaining customers are used to receiving, may result in the company having to offer reduced prices as an incentive to keep these customers from fleeing. "So not only did Staples have to buy the business, it now has to try to keep it with reduced profit margins," he says. "At the end of the day, I guess it all comes down to market share and keeping Wall Street happy."
"Perceived value is the bottom line to customers," adds Walper. "Wherever they find that value, that’s the phone number the customers will call. So, independents, get your act together, demand more of your group, and pay particular attention to customer satisfaction."

Senior promotions at Manutan and Unite 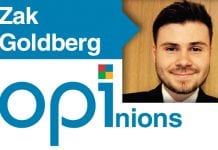