At this year’s Paperworld show inFrankfurt, Austrian manufacturer Colop enforced a judicial ruling to remove products it claimed were copies from the stand of Taiwanese manufacturer Shiny Stamp.

Paperworld’s grandaddy event in Frankfurt may have been a little quieter this year, but it certainly wasn’t short of a bit of controversy.

Over in Hall 3.0, Taiwan-based Sun Same Enterprises set up its collection of Shiny Printer stamps at the stand of its French agency TMP (Timbres et Machines de Précision Sarl), and it could not have expected the commotion that its products would cause.

On the first day of the exhibition, Austria-based Colop, along with a patent lawyer, was already taking initial steps to legally remove Shiny Printer stamps that it claimed had "profaned" its Colop Printer stamp by copying the patented idea of the large window "almost identically".

"The topic of counterfeit or copied products is becoming more and more a nuisance for brand-manufacturers like Colop and this year during Paperworld 2006 we had to face a competitor who copied our most important product – the Colop Printer," Gerald Binder, spokesperson for Colop told OPI+. "But it was encouraging that we were able to set legal steps against this competitor and above all that we were able to do this during the fair."

By the Friday (27 January), a court executor had enforced a judicial ruling to remove the infringing products together with the surrounding materials and catalogues from the TMP/Shiny stand. A banner, on which large letters read "new to the world", was also taken away from Shiny’s stand. All confiscated material was destroyed on the spot.

While Shiny said it has "always made it a practice to follow all relevant patent rights regulations and grant the greatest respect to our industry colleagues", and claimed it was "not the first vendor to make a similar large image window," the company told OPI+ that it "respected Colop’s actions and the court’s judgement".

"We admit our oversight in this particular instance and reiterate that any breach of relevant patents was unintentional," said a company spokesperson. "We are especially troubled by this incident and are currently in consultation with our legal advisers regarding an appropriate solution…We are confident of achieving a swift and fair resolution.

"In the future, in consultation with legal counsel, we will take additional steps to ensure all relevant patent laws and regulations, including those of the EU, are strictly followed," said the spokesperson, adding: "It is unfortunate that the term ‘counterfeit’ has come into play here."

As a result of the court ruling, the infringing Shiny products will not be allowed to be marketed in a large number of European countries.

"It damages the image and reputation if a company is convicted of producing and selling copied products," said the Colop spokesperson. "Also the trade is interested in brands and that is why companies that imitate ideas and products are not popular. It also won’t help any producer to position his brand in the market in a positive way."

In the name of positive PR, Shiny outwardly dismissed an image crisis. It said: "While some damage is to be expected, we believe our admission of error and concerted efforts to redress the issue will minimise any long-term harm to the brand." The company apologised "for any inconvenience to exhibition visitors, exhibitors and the organisers of Paperworld this episode may have caused".

Director of Paperworld Michael Reichold told OPI+ that he considered companies that deliberately seek to copy other companies’ products "highly irresponsible" because of the "enormous economic losses" that infringing patents causes. "I think it is very important to draw public attention to this subject," he said. "Only in this way can industry, trade and consumers be made aware of the problem of product piracy and joint action taken."

Products that infringe those of other companies, which are currently estimated to account for at least 8 per cent of world trade, have been increasing in volume as companies that produce their own branded products are also starting to copy patented ideas. These copied products can be of vast economic detriment to the company whose products are being copied.

At the beginning of this year, Paperworld owner Messe Frankfurt launched its "Messe Frankfurt against copying" initiative, which provides manufacturers and dealers at all Messe Frankfurt events with comprehensive information and support in the fight against product patent infringement. 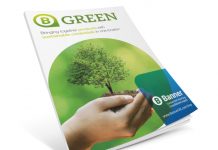