During the quarter, the company repurchased 1.1 million shares of its common stock for an aggregate net purchase price of $40 million.

David Vander Zanden, president and CEO, said: "We established a good base line of performance with modest revenue growth and good cost control through our third quarter this year. We are now entering our new selling season having just introduced hundreds of new products, and we look forward to an improved funding environment next summer. We are therefore optimistic about improved organic growth opportunities in fiscal 2008." 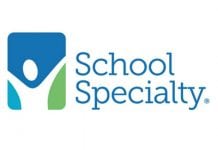