Despite reporting a revenue rise of nine per cent, Hewlett-Packard (HP) has said its Q3 results were tainted by "unacceptable execution" in its enterprise servers and storage division.

CEO Carly Fiorina announced that "immediate management changes" would be made in order to boost the performance of the unit.

HP’s problems in Q3 were further highlighted by rival Dell posting a 29 per cent rise in net income in Q2.

Dell’s results, which outshone rival HP’s Q3, were boosted by strong sales of printers and servers, and a robust performance in its overseas markets. (see ‘big interview’, Steve Sakumoto, page 48) 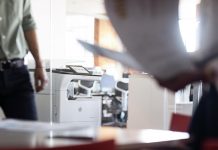