Dixons has signed an option agreement, Lyreco has struck a sales alliance, while Office 1 Superstore has decided to go the whole hog. Russia is fast becoming a fashionable destination for international resellers

It was always only going to be a matter of time, but there are definite signs of movement. The Russian market is bracing itself for a foreign invasion.

There has been a smattering of western OP manufacturers in Russia for some time now (Esselte, GBC, Bic), all keen to take advantage of the market conditions and the cheap labour costs available.

But many of the attractions for manufacturers in Russia do not apply so readily to resellers, and consequently the channel has been comparatively slow to catch up.

In the last few months, however, there have been several interesting developments. First off, and perhaps we should not be too surprised, Office 1 Superstores International has decided to take the plunge in Russia, after signing a joint venture agreement with a group of European investors. It plans to open its first stores in Moscow in September, with five planned by the end of the year. Regional expansion will then begin in earnest next year.

Next up, we have France’s #1 contract stationer Lyreco, adding to its international roster, although not deciding to go the whole hog – yet, but with a "strategic sales alliance" with Pragmatic Express. This is very much along the lines of a deal Lyreco struck with Staples four years ago.

Giant UK-based electrical retailer Dixons has also confirmed the likelihood of a move out east in search of new markets, by signing an option to buy the Russian and Ukrainian retailer Eldorado Group by 2011 for around Â£1 billion ($1.9 billion).

Much has also been written recently about Wal-Mart and its "will they/won’t they" designs on the region. After conducting a thorough review of the market, CEO Lee Scott was recently quoted as saying: "We have looked at the Russian market, we have an interest in the Russian market, but I’m not sure we’re quite comfortable to go there today".

It would certainly appear, however, that it will be a case of when rather than if for the world’s leading retailer, particularly considering the fact that two of its global competitors, Auchan and Metro, already have a presence there.

Dixons, too, is more likely than not to set up shop in Russia in the near future, in a move which, according to CEO John Clare, is consistent with the company’s growth strategy. "Russia is a market with enormous potential," he says. "Eldorado Group has a clear leadership position in the market (22 per cent share), a strong management team with impressive retail skills and an exceptional track record of rapid, profitable growth."

The move seems highly attractive. It would instantly give Dixons a 610-store presence in the two countries, and under the terms of the deal it can walk away from the agreement at no cost, giving it the opportunity to understand the Eldorado business before actually buying it. And the Â£1 billion buying price has been fixed, regardless of when Dixons decides to buy it.

The Lyreco/Pragmatic partnership is undeniably significant. Pragmatic’s managing director Andrey Kudryashev says the alliance is the first of its kind in the Russian OP industry. "Teaming up with Lyreco is a real recognition of our hard work and successful development in a competitive market," he says.

"We look forward to raising the standard levels in Russia to the ones Lyreco provides worldwide to its customers."

The real significance, however, is in what lies ahead. While the deal resembles very closely an existing arrangement Lyreco has with Staples, and does not involve any in-country resources, Russia remains very much in CEO Eric Bigeard’s mind. Rather like Dixons, the Lyreco announcement can be seen as something of a declaration of intent, as Bigeard does not consider the conditions to be quite right yet.

The Lyreco leader says that the Pragmatic deal is a way of getting to understand the market better. "We consider Russia as one of the markets where eventually we will need to be," he says. "We have seen Russia evolve very fast in the last few years, economically speaking. We see a substantial number of foreign investors going over there which brings a request for services generally speaking, and definitely in our line of business. So we have a number of our global customers now in Moscow and we have to find a way we can service them."

In part, the wait and see approach that Lyreco is adopting, along with Dixons and Wal-Mart and other international resellers, can be put down to the local idiosyncrasies of the Russian market. For example, business practices are not always as developed as in the west. Says Bigeard: "I’m not sure many companies present in Russia today would admit it, but I consider that there are a number of ‘exotic’ practices, like customers paying in cash, having double accountancy, and paying employees with cash. All things which we don’t do! There is also under-the-table money paid to get an account, and again we don’t do.

"Such practices are reducing, but it is still far from the western world. And we would never acquire a company that has double accountancy for example. Sometimes in the markets we’ve been in, we’ve been discretely but firmly informed about the practice, but we don’t touch that – never, never, never."

But looking further down the road, Bigeard is keeping an open mind as to whether Lyreco would open in Russia as a start-up or through acquisition.

"We always have the same attitude," he says. "For any market we would like to go into, we start by looking at the players already there. If we find a player that has a significant enough size and a similar approach to the market, culture, etc, we go for that solution. Where we don’t find that, as has been the case in Italy, Spain and Poland, for example, then we would go greenfield."

And listening to Bigeard, it would appear that Lyreco could be stealing a march on its competitors. Despite all the potential that the Russian market offers, he does not anticipate any imminent stampede from other international contract stationers. And he draws similarities to when Lyreco first entered the Asian market.

He says: "We’ve been in Asia since 1999 and we’ve not seen any of our competitors move into the region. I’m a little surprised by that. There is a lot of potential but then again, I understand that it’s a long-term investment and it’s a tough message to sell to the stock exchange.

"Only Staples can do that – which it has done with a small acquisition in China – because it has such a good rating that a small investment in China is not going to change anything."

Bigeard believes it would make little sense for a western contract stationer to enter the Russian market without first moving in on central Europe. And he says: "The logic before moving to Russia is to be present in central Europe, and we are present in Poland.

"We have a very successful business in Poland and we don’t really see any of our competitors in central Europe. Yes, Corporate Express (CE) is in Poland and has bought a couple of wholesalers in Gdansk. But I was in Poland recently and received an update on what is happening, and CE doesn’t appear on our radar screen as far as competing is concerned.

"As far as Office Depot is concerned, it’s weird what’s happening there on a contract level in Europe. It is not present in Scandinavia, for example. I just don’t see the logic of moving into Russia before going into the western main markets."

Speaking from a retail perspective, however, Office 1 Superstore CEO Mark Baccash is not so sure. He says: "I expect that the usual names circling overhead will eventually dig their talons in whatever partner they can find locally."

But perhaps following Bigeard’s advice, central Europe came first for Office 1 – it already has operations in Ukraine, Bulgaria and Serbia, among others. It has been studying the possibilities of entering Russia for the past two years, and despite summarising the market with such words as "segmented", "somewhat anarchic", and "risky", Baccash believes the positives outweigh the negatives and that the right time for a full entry is now.

"The economy is growing," he says, "and there are some large discount chains and local OP companies providing good service and they have educated the customer. The market is as ready as it will ever be in my opinion." 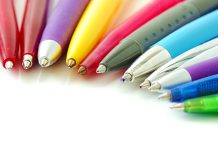 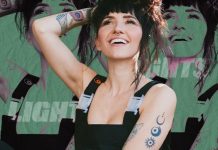