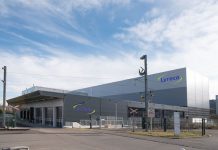 Lyreco Switzerland to produce own electricity