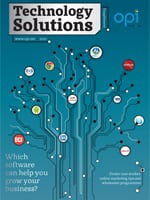 Yes, we are in a tough economy, but the area of technology solutions still requires constant investment. It just doesn’t stand still. Take Hewlett-Packard’s recent announcement of 27,000 job cuts. Who would have thought the industry giant would find itself in a position where it has to take such drastic action so quickly? But the onward march of tablets, which is trampling sales of laptops and PCs, is quickening its pace.

In terms of software, innovations are continually providing new options that can help an independent dealer to be more efficient, and to keep up with the changing demands of the end-user.

“The reliance on technology is constantly changing and, most importantly, the expectations of end consumers are growing,” says Ron Books, President and CEO of ECi. “Ultimately, they are the most critical stakeholder and they drive the need for our dealers to continue to expand their offerings. Areas like the new user interface for ECinteractive, customer web analytics, consumer usage reports and device management are just a few areas that we are focused on at ECi to ensure that our dealers remain competitive.”

Investing in technology doesn’t have to break the bank. Even modest investments can result in dramatic improvement in business performance, as Kevin McGirl, CEO of sales-i, explains.

“Rather than swapping from one to another, dealers are tending to stick with their current business systems and making them last longer,” he says. “People fear change, as it’s disruptive when resources are already stretched. Instead, they are keen to find satellite, bolt-on solutions that augment what they already have and address tactical issues.”

Andrew Morgan, CEO of Red Cheetah, makes a similar observation. He says: “Services such as Red Cheetah GPS are being introduced to dealers to wrap around their current software, which will bring the entire business to a level where it can compete. They want to be more individual across the spectrum, to have the tools that help them differentiate themselves and to have a system that truly competes with the power channel.”

All about the webstore

In terms of being able to compete with the big boxes, the first port of call for a dealer should be to have an up-to-date, fully-functional webstore. As the new ‘shop window’ for a reseller, it is important that a website communicates a brand effectively. There are a number of software providers out there that will help a dealer to create a unique, competitive ‘Amazon-esque’ website in a cost-effective way.

“Webstores are big at the moment, and everyone is looking to raise their game in this area,” says McGirl. “As well as fully comprehensive webstores, many dealers are experimenting with niche webstores, such as a facilities management products-only site, for example.”

Many  providers highlighted can use data, such as point-of-sale information, to customise a webstore. This can be an add-on application, or a new software package depending on a dealer’s needs.

Mobile is an area that many dealers still need to address. When asked “is your website mobile optimised” there are those that don’t understand the question, let alone know what their website looks like on a smartphone or tablet. According to a Google Ipsos study called The Mobile Movement, 57% of smartphone owners wouldn’t recommend a business with a poorly adjusted mobile site, and 40% have turned to a competitor site after a bad mobile experience.

A trend also pointed out by McGirl in this area is that “dealer salespeople are increasingly bringing their own technology to work, such as iPads and smartphones”. Many software solutions are now on the cloud, which makes this trend possible. He continues: “Employees are keen to invest in their productivity even if their employer won’t. Consumer technology has jumped quickly to being business technology.”

McGirl also highlights that providing items such as tablets and making business systems available on them could be a way for dealers to attract (and retain) a younger “tech-savvy” workforce. Turning up to a sales meeting with everything ready to present on an iPad is an attractive thought to many. Morgan agrees.

“Having a basic DOS-based system would drive young talent away,” he says. “Tablets make a huge difference for a dealer; anything that is quicker, better and faster helps.”

It’s not only dealers that are interested in wraparound services. This trend is prompting third-party software providers to work together to provide a rounded service, rather than creating competing software.

“There is a growing trend of collaborations in the technology solutions world,” says McGirl. “For example, we are partnering with SugarCRM as it’s a low-cost, functionally-rich system that we wouldn’t invent ourselves.”

A glance at news from the past year highlights a number of collaborations from many providers such as ECi, MBS Dev, Red Cheetah and JumpTech to name a few. All these partnerships are geared towards providing more and more solutions for independent dealers.

“I actually believe increased collaboration across the industry (dealers, wholesalers, manufacturers, third-party providers) will be absolutely necessary to ensure that the industry as a whole continues to be successful,” says ECi’s Books. “Each of us plays a valuable role and these areas have become more and more interrelated over the years with the expansion of technology. As far as other third-party software providers are concerned, every situation is pretty unique. We make decisions as to what level of partnership we establish based on several factors including scope of work, ability to support, data integrity and the overall competitive nature.”

Red Cheetah’s Morgan believes that it is up to dealers to use the new trends available to their advantage. He says: “Dealers fall into a business rut and it’s difficult to break out with new ideas and strategies. The playing field is levelling [between independents and nationals] daily on a technological standpoint, but not on a mental standpoint. Dealers need to be able to compete from a services standpoint, and that is now possible.”

So the message from the providers is clear: the technology is there to help a dealer compete. Take a look at the solutions outlined in the digital issue to see if you’re making the best use of your available options. 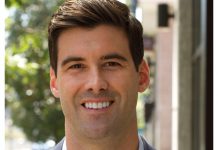 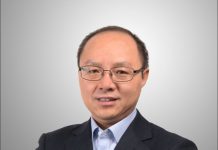