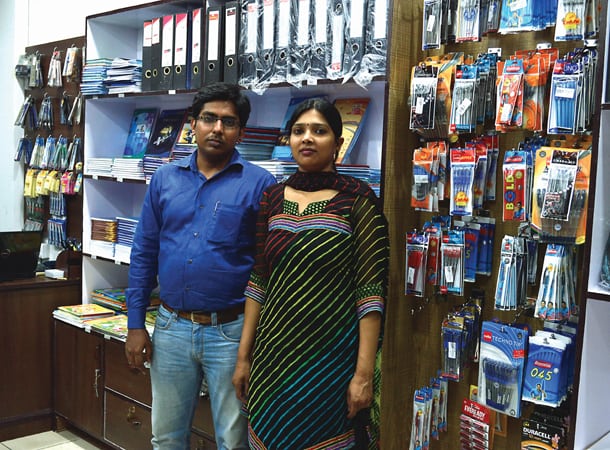 The Indian OP e-commerce business OfficeYes has set up a franchise-type opportunity for entrepreneurs.

Since it was established last year OfficeYes has been focusing on the B2B channel and has already landed some major accounts such as GE, Microsoft and HCL, and says that it has more than 4,000 customers overall.

However, given the sheer size – both geographically and in value – and the highly fragmented nature of the Indian office supplies and stationery market, the venture capital-backed company has seen the potential of expanding via a network of retail-oriented reseller partners.

“We are already successfully consolidating some of this market demand via our online portal and our corporate accounts,” co-founder and Managing Director Siddharth Nambiar (pictured above) told OPI. “However, on our own we will never be able to capture all, or even most, of this immense opportunity [estimated at $10 billion].”

One of the issues OfficeYes faced when it began was determining an optimal minimum basket size before offering free delivery. It finally settled on INR1,000 ($19), which may seem like a small amount, but it found that companies aren’t ready to place larger orders. If that’s the situation in the online, corporate space, then there is a huge opportunity for smaller-sized orders in the retail channel.

“Many Indian consumers still like to purchase small amounts of stationery off line, and the school and college markets buy from local shops,” explained Nambiar. “Given India’s massive size, the reseller channel is imperative to reach customers for basket sizes that can’t be profitably served via e-commerce.”

That’s where the franchise idea comes in, and OfficeYes has just added school supplies to its product portfolio to back up its offering to consumer and education customers. It is now looking for entrepreneurs across India who have store space of between 150-300 sq ft (15-30 sq m) to open OfficeYes-branded stores. The first partner outlet recently opened in a suburb of New Delhi and the target is for 100 stores by the end of 2013, with a further 200 by the end of 2014.

The model aims to minimise the level of investment required by partners and there is no annual licensing fee. Instead, there is a one-off payment of around $7,000 and then OfficeYes will make money by supplying products. It has developed a pricing model which it says will allow partners to achieve gross margins of around 20%. Resellers can source products from other suppliers if they wish, but only if these don’t compete with the OfficeYes product range.

While the resellers will benefit from training, advice, a catalogue and marketing tools, the plan is essentially to let them run their businesses as they see fit.

“The main reason for this is that we would like to give flexibility to our partners in the way they want to run their business, because in India local retail knowledge is extremely important,” said Nambiar. “We would like to leverage this local knowledge through our partners, thus we thought it best to empower them – we didn’t see any additional value in the more ‘heavy touch’ franchising model approach.”

Franchising is proving a popular concept in India with the market estimated at around $22 billion, although Nambiar is not aware of another franchise player in the office supplies or stationery categories.

Global players such as Staples and Office Depot have found India a tough nut to crack, so it will be interesting to follow the progress of OfficeYes – which has already admitted to deriving inspiration from Staples’ notoriety in the US – to see if the local start-up can shine in a market where the multinationals have failed to do so… so far.