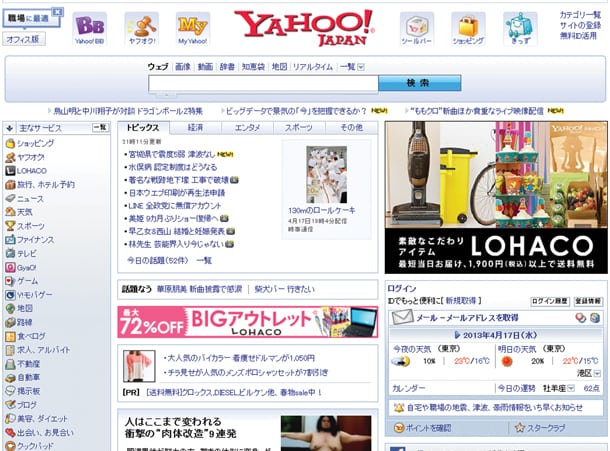 Leading Japanese reseller ASKUL is an interesting case in the office supplies world. The company is in the middle of a transformational project as it moves away from its origins as a mail order supplier of office products towards becoming a fully-fledged e-commerce provider of a range of supplies for businesses and consumers. Indeed, its aim is to become the number one e-commerce player in Japan.

Underpinning ASKUL’s ambitions in the B2C channel is a business tie-up with Yahoo Japan that was announced last year and which got up and running in November in the form of an e-shopping platform called LOHACO. The idea is to combine Yahoo’s web presence, notoriety and know-how with ASKUL’s distribution expertise. However, ASKUL has now said its FY sales will be lower than expected after start-up issues with the LOHACO initiative.

Sales for the 12 months to 20 May are still expected to be a record high of ¥227 billion ($2.3 billion), but this is some ¥12 billion lower than its previous forecast, and ASKUL said that most of this shortfall was due to issues with LOHACO. These include a delay in the launch of the PC version of the site, search engine optimisation and marketing performance, product range and pricing, and payment methods (customers had to use Yahoo Wallet when the site was launched).

ASKUL said that it was providing solutions to all of these issues, including introducing more lifestyle products, reviewing its pricing strategy and adding a cash-on-delivery payment option. ASKUL is also planning to double the number of products available for same-day or next-day delivery to 70,000 SKUs and will begin work in July on expanding two of its distribution centres in Tokyo and Osaka.

Despite LOHACO’s slower-than-planned start, ASKUL’s FY sales are still likely to increase by about ¥14 billion, or by almost 7% on last year’s total, as it continues to expand its B2B operations. For the first nine months of the financial year, sales through the SOLOEL Arena platform targeting mid-sized firms grew by 17% to almost ¥45 billion, and it now has over 25,000 companies registered.

The number of products that ASKUL offers to B2B customers makes impressive reading.

The web shop had been expanded to more than 380,000 items by March this year and the aim is to get that figure up to 500,000 by the end of this month. Areas such as medical supplies are doing well and ASKUL is now the leading Japanese online catalogue reseller in this category. The key category, however, is maintenance, repair and operations supplies, which is now a ¥25 billion business for ASKUL and has been boosted by the introduction of a new private label brand called Genba-no-chikara (roughly translated as ‘workplace strength’).

In fact, private label in general is a priority for ASKUL. The company has added around 1,000 new items in the last 12 months as it looks to increase the proportion of own brand sales from 14% of its total in May 2012 to 20% by May next year. This strategy has helped boost gross profit, and improved profitability on the B2B side has helped to offset LOHACO launch and advertising costs.

Pre-tax profit for the nine-month period fell slightly to ¥4.7 billion, but net profit more than doubled following tax benefits from the merger of the former ASMARU B2C business into LOHACO and the recent liquidation of the Shanghai-based operations in China.