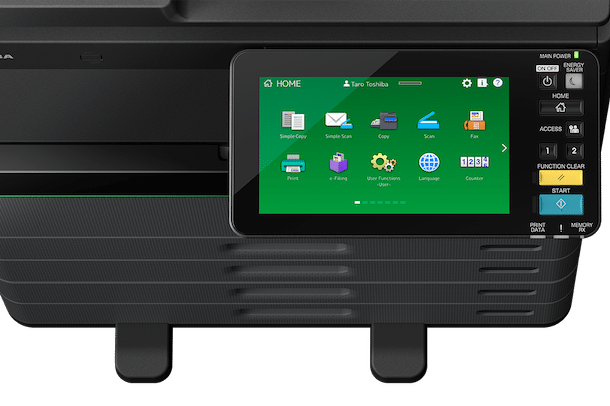 Unlike its first model, this world-first technology has been integrated into a standard multifunctional printer to help businesses reduce their carbon footprint.

Printing in blue toner, it can be used on temporary documents such as e-mails or drafts. When a task has been finished, the document can be fed back into the printer where the toner will be removed, allowing the blank paper to be reused again.

It allows for a more efficient re-use of paper, as well as reducing waste and cutting costs by making paper last five times longer.

"Rather than simply recycling paper used to print temporary documents, organisations are now able to erase and reuse that paper with the touch of a button."

He added that combining the erasable printing technology into one device also made the technology more accessible to businesses with space constraints.