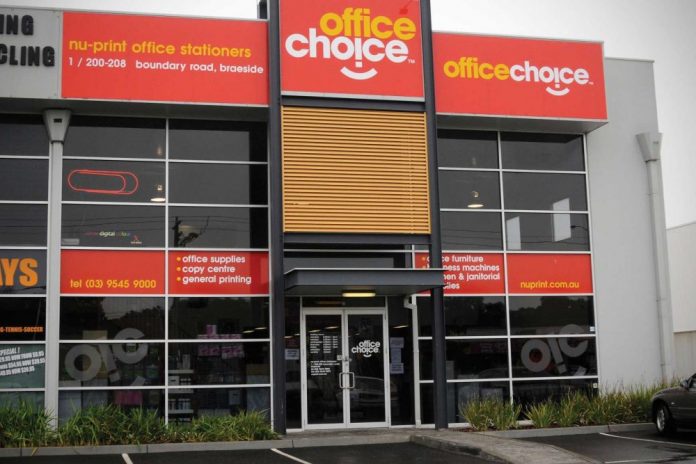 There are certain factors that make Australia’s OP industry that little bit different from other well developed markets. One of them is the country’s lack of a noteworthy wholesale sector. That in turn contributes to a strong reliance on dealer groups, an often enforced restraint with regards to geographical expansion, a consequent focus on local customers and – encouragingly – a superlative service proposition.

NuPrint Office Choice fits that bill perfectly. Founded in 1977 by Colin Ferns who emigrated from the UK a couple of years earlier, NuPrint started out as a print business – Ferns had trained as an apprentice printer – with office supplies bolted on at a later stage.

With his grandfather also initially involved in the business, Jason Ferns – now General Manager and running the company since his parents retired – joined NuPrint straight after school. He worked his way through the ranks, learning about every aspect of the dealership.

Today, NuPrint is a A$5 million (US$4.7 million) business that has grown organically but also through a number of acquisitions in its local area. About 80% of revenues come from the B2B side, with products going, as Ferns says, “out of the backdoor and delivered to our customers”.

There’s a sizeable retail store in Braeside, some 25 km outside Melbourne, but that, adds Ferns, acts more as a warehouse to pick stock from than a full-blown retail outlet. “Our showroom attracts a bit of street trade and to all intents and purposes it looks like a retail environment, but we have very little retail traffic. We get about 40 customers a day through the door. Out of those, some put everything on their account with us and perhaps ten actually come in and pay cash.

“We had initial visions of becoming more prominent in retail and venturing further into the Melbourne CBD area, and years ago bought a shop called Price Busters Stationery. But we only kept that for two years – retail really wasn’t our bag.”

And with competition strong in the form of Officeworks, that is hardly surprising. Says Ferns: “It’s hard to compete against the Officeworks model in terms of their marketing spend. They always seem to be top of mind with customers and everybody knows them. When I go to a dinner party and someone asks, ‘What do you do for work?’ and I say ‘I sell office supplies and work for Office Choice’, the inevitable comment is: ‘Is that like Officeworks?’”

That’s not just in retail, of course, and apart from Officeworks, NuPrint’s biggest competition still comes from the large corporates, most notably Staples and OfficeMax. And while Staples seems to have lost its way a little in the Australian market, the threat remains strong, particularly, as Ferns says, because these players are increasingly moving down the chain into the core realm of the independent community – the SMB segment.

He comments: “A typical customer for us is a small business with about 5-20 staff. It’s someone in our local area – 60% of customers in our database are within a 5-10 km radius of our premises. We do have some larger accounts, deal with some government agencies and also some schools, but the general customer would come from the small and even home office environment.”

But just as Staples and ‘Max are keen to move down the chain, so is NuPrint interested in moving up it. “We have some customers in the Melbourne metropolitan area and they tend to be the larger ones – the large law firms, hotels, etc. We haven’t got many of them, but their average spend is much higher and they are definitely worth pursuing.

“We also have customers that have their head offices in Melbourne,” he adds, “but may have other branches on the eastern seaboard of Australia. So there’s an opportunity to expand the business. Our biggest issue is logistics – trying to service those distances is difficult and a challenge we need to address. The only way we can do that at the moment is through the extended Office Choice membership.”

In line with the rest of the OP world, selling office supplies per se has become a struggle. The economic situation hasn’t helped either, with businesses simply spending less on non-essential items, resulting in an overall steady revenue decline of about 5%, a decrease that has only recently started to slow down a little following the Australian general election last September.

Like most of its competitors, NuPrint has been looking at many non-core product segments to make up for the losses in OP and for the lower overall spend per company. Furniture has been a growth area, as has print and education.

Where the company has really pulled something out of the bag over the past couple of years, however, is in the area of packaging and warehouse supplies, now accounting for about 15% of overall revenues. “We have a lot of manufacturing in our area and within those businesses we are really well known for office products,” explains Ferns. “Historically, they’ve only thought of us in terms of pens, paper, ink and toner. Now we supply them with packaging material for their warehouses: things like shrink films, power caps and corners, etc.”

As is the case for any u-turn in a company, however gentle, it’s vital to have your staff on board, particularly in a very sales and customer service-driven environment. At NuPrint, seven of its 20 staff work in a sales capacity. Ferns comments: “We’ve revamped the whole commission structure with our sales team to be more focused on non-core products. Essentially, all of our sales people sell everything, but we have what we call product category champions within the business, so one person may be particularly skilled in selling office equipment and machines, while another is more suited to selling furniture, print or indeed packaging.”

That product expertise combined with a ‘customer is king’ attitude is what has given NuPrint a solid footprint and an enviable staying power in a market that remains challenging and where there have been many casualties over the past few years.

Ferns concludes: “We don’t claim to be the cheapest place to buy office products and our customers know that. They come to us because of that level of one-on-one service, attention and the extra mile that we give them. That’s why they keep coming back to us!” 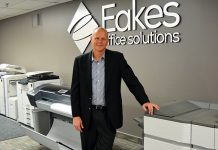 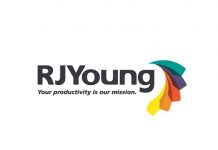 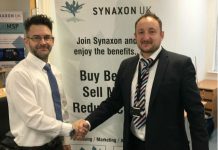 Synaxon to offer IT disposal service