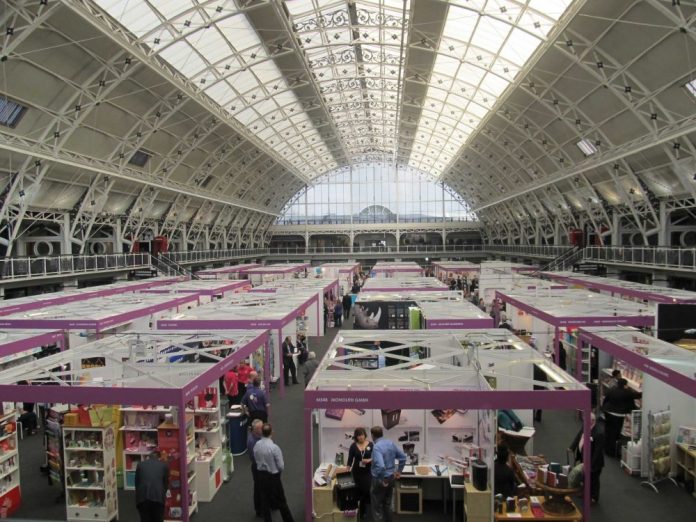 The beginning of April saw the London Stationery Show return to the capital’s Business Design Centre where around 200 exhibitors showed off their latest products in a bid to attract interest from the reseller community at large, including retailers, dealers and wholesalers.

This year, the show – held on 1-2 April as part of National Stationery Week – moved into the centre’s main hall after several years in a smaller side hall. The result was a well-organised event that appeared to get the backing of exhibitors and visitors alike although, almost inevitably, there were occasional grumblings about quiet periods from a selected few.

Organiser Chris Leonard-Morgan believes the move was necessary in order to take the show forward: “The opportunity to grow this event was too good to miss,” he explained. “It was much more of a gamble not to move to a bigger area than it was to stay where we were.”

Footfall was high on the first morning, with some exhibitors reporting more than 100 “good” interactions with dealer groups, retailers and other parties.

While the focus was firmly on the retail side of stationery and office products, many exhibitors were keen to stress their commitment to commercial channels and the B2B market.

Indeed, manufacturer Blake Envelopes showed OPI a large stack of contact notes and said a significant portion of them had been from wholesalers and dealer groups rather than just traditional retailers.

Managing Director Michael Barter commented: “It has been a great opportunity to get ourselves out there and speak directly to people. Despite what some say, we are very much pushing the message that the envelope is not dead and we have had a good response. We’ve had Nemo, Superstat, Integra and Advantia all take an interest.”

A number of exhibitors also said that they had spoken to representatives from VOW, Ryman, WH Smith and other big names from the OP and stationery world – all of which showed interest in their, often still very traditional, OP offerings.

In terms of new product innovation, one in particular appeared to capture visitors’ imaginations.

Brother’s TapeCreator Pro allows users to print words and designs onto different sorts of sticky tape – meaning a company could send out its products in boxes sealed with branded tape. Representatives reported they had been rushed off their feet with interest from a range of consumers.

The organisers had been promoting the quality of exhibitors in the run-up to the event, and with Moleskine, Pentel, Pukka Pads and Thai paper manufacturer Double A all in attendance, it was a fair boast.

Snopake UK’s Sales Director Simon Fawke told OPI that it had been waiting to see which companies would be at the show and only made a decision to come six weeks before the event was due to run.

“It was a very late call,” he said. “We saw who was coming and decided we should be there as well.

“It’s been very positive. We use an event like this to show the depth of range that we can offer.” 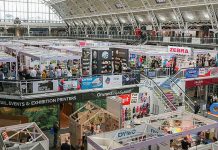