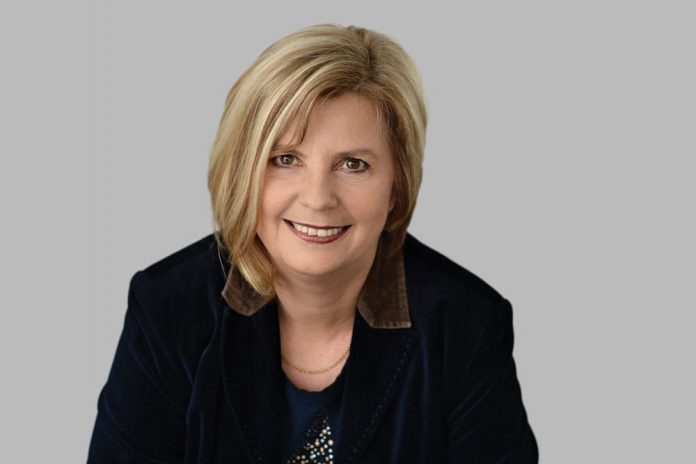 Faced with exhibitor fatigue, declining visitor numbers and a new show contender, Paperworld Frankfurt has introduced a number of initiatives and innovations for its 2015 show to ensure it remains on top of its game.

OPI caught up with Messe Frankfurt VP of Consumer Goods & Entertainment Cordelia von Gymnich to find out why Paperworld 2015 is still the premier show for the paper, office supplies and stationery industry.

Cordelia von Gymnich: Paperworld has become a must-attend event because of its unique mix. It is the only trade fair for the paper, office supplies and stationery industry where manufacturers from 58 different countries exhibit their products at a single location. Moreover, it brings together both small start-up companies and successful brand manufacturers of many years’ standing.

The complementary programme also makes an important contribution: visitors can see the current trends, specialist knowledge is disseminated in lectures, and the special shows provide ideas for supplementary ranges of products.

There will also be sufficient time after every specialist lecture in the Plaza Academy, for example, to discuss the issues with colleagues and with the speakers themselves. Messe Frankfurt is also inviting everyone to the Plaza Academy for the daily get-together after 5pm.

The entire international sector meets up in Frankfurt to look at new products and to make contact with other business professionals.

OPI: What are your expectations of the 2015 event?

CvG: I expect Paperworld 2015 to be just as colourful, lively and inspirational as ever. We are reckoning on similar numbers of exhibitors and visitors as last year, and I am sure that the many additional events will be greeted with great enthusiasm on the part of the visitors and will launch them into the new year of business with a feeling of real added value.

CvG: One of the new things in 2015 is the Paperworld Plaza in Hall 3.1. It is based on a cooperative venture between the two German manufacturer associations Altenaer Kreis and PBS Industrieverband (now merged as the Verband der PBS-Markenindustrie – Office Brands Industry Association).

We are delighted that the active member companies have reacted so positively and see the Paperworld Plaza as a valuable opportunity to present themselves, their products and services to the national and international wholesale and retail trade. The excellent number of registrations confirms to us that we are on the right track towards a future-proof international platform for the sector.

OPI: Could you explain more about the Paperworld Plaza concept, the thinking behind it and why it was created?

CvG: At Paperworld we need to meet the needs of the industry – as well, of course, as those of the wholesale and retail trade – with flexibility and that brings with it new ways of approaching things.

There are adjustments that have to be made at key points. As a result, we have sought to engage in cooperative ventures with the professional associations involved, and a number of working groups were created. You will see the result at Paperworld 2015 – the Paperworld Plaza.

Additionally, every day in the Plaza Academy – located in the same hall – experts in their field will be giving talks on current issues in the sector while, at the same time, the Plaza Lounge offers a place to network.

OPI: What is happening in terms of events that is noteworthy?

CvG: Paperworld brings together the world’s largest range of products and a broadly diverse complementary programme – a unique combination.

New for 2015 is the Plaza Academy that I mentioned before, where there will be a revolving programme of lectures. We are particularly pleased, in this regard, about the collaboration with OPI which will be dedicating Monday, 2 February to topics of international interest within the sector.

The day begins with a talk by keynote speaker Jeanette Huber from futurologist consultants Zukunftsinstitut called ‘Look into the future – trends and megatrends that are driving change in the office supplies sector’. This will be followed by two discussion sessions on changes in the paper, office supplies and stationery sector. All lectures last 45 minutes and will be translated simultaneously into English.

There will be, also for the first time, a ‘Future Store’ at Paperworld in 2015. Here, visitors will discover new ways of integrating digital elements into the high street shop. For instance, the linking of an online shop and the high street business helps with stocking and ordering.

On top of that, there will be presentations on future trends such as beacon technology whereby a mini transmitter in a shop sends product information to customers’ smartphones. Of course, we have also retained visitor magnets such as the Trend Show in Hall 6.1 and other popular highlights.

OPI: What was behind the decision to move Remanexpo and what has been the reaction from exhibitors?

CvG: The Remanexpo product group will be moving to Hall 6.0 in 2015. This location is ideal, both for visitors and for exhibitors: it is close to the Torhaus entrance (and the S-Bahn station) and can be easily reached by the Via Mobile. The hall has been recently renovated and is the ideal size for the number of exhibitors involved in remanufactured and OEM printing accessories.

We are delighted to have received so many positive reactions from the exhibitors – the central location in Hall 6 is, after all, a very good argument.

OPI: Any plans for a show every two years? There has been pretty much constant speculation about that for the past few years.

CvG: The idea of a two-yearly cycle was a major topic last year and we spent a lot of time discussing it extensively. It is very important to us to secure the close agreement of the sector before we undertake major conceptual developments. Polls were conducted among the exhibitors and the professional associations, and a large number of personal consultations and discussions undertaken.

What emerged from this was that the vast majority of exhibitors are in favour of an annual cycle. We suggested several possibilities in this regard and discussed how exhibitors can best take part on a biennial basis and how they might make optimum presentations of their company, their goods and services – and that resulted in the Paperworld Plaza.

OPI: What about changing the show date?

CvG: We are sticking with the date of the last weekend in January. This was also the preference that emerged from our poll. In the questionnaire, we suggested a show date in the second half of the year and also offered an alternative at the end of August. Our exhibitors and partners turned down all these suggestions.

OPI: Is there room for two shows – do you see Insights-X as competition and a threat to Paperworld, potentially losing exhibitors and visitors?

CvG: Paperworld is, and is set to remain, the most international and largest platform for the paper, office supplies and stationery sector – and not only because of its ideal geographical location. Anyone looking for a global overview of the sector, at one time and in one place, comes to Frankfurt. 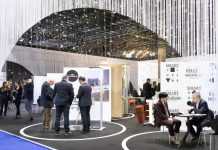 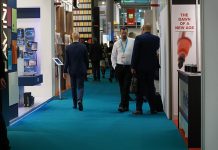 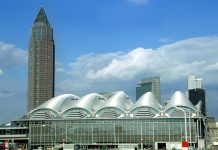