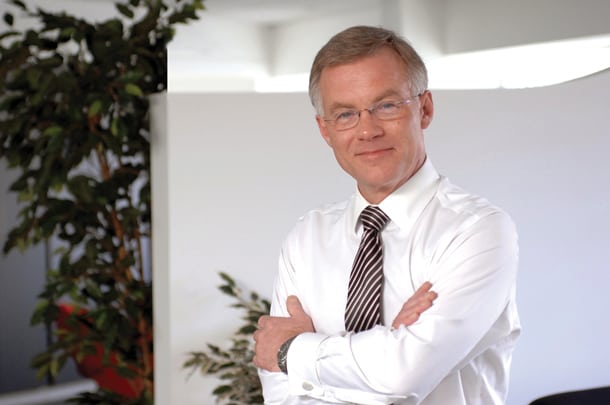 In an investor presentation released after its full-year results, o2o said that underlying demand in the contract business was estimated to have declined by 9% in 2012. The company added that mix changes were also putting stress on profitability as customers shifted from higher margin non-core sales to lower margin core sales.

To offset these forces, o2o says it will look to increase market share at its Banner Business Services division following the recent Royal Bank of Scotland contract win, which was described as a “significant boost”.

This £9 million-a year contract ($14.5 million) – the UK’s largest corporate sector account – went live on 1 February and will be serviced from the group’s existing capabilities. The NHS Supply Chain contract estimated at £16 million a year has also been retained for up to four years.

CEO Simon Moate also highlighted a “marked change in buying patterns towards a ‘little and often’ approach” that was hitting margins.

“For the 20% increase in despatched sales in 2012, 35% more lines were picked and over 50% more deliveries were made,” he commented in his annual review. “We are working harder to achieve proportionately less return.”

Speaking to OPI, Moate said that the increase in the number of delivery drops was the “most surprising figure”. According to research carried out by o2o, it was a direct result of austerity measures implemented by financial directors and purchasing officers, reducing authorised spend levels. However, the unintentional consequence has been a greater number of lower value orders which require more frequent deliveries, not necessarily a reduction in spending.

Moate said it was a question of trying to pass increased service costs onto customers, or getting customers to change their habits locally, adding that o2o’s “great relationship management” was helping the company to overcome this issue.

Developing the growing services business is another key strategy for o2o. In 2012 its Banner Managed Communication business process outsourcing division grew sales by 19% to almost £76 million and now accounts for one third of the group’s total revenue.

The Best Buy Europe (Carphone Warehouse), Friends Life and Hastings Direct contracts secured in 2012 will benefit from a full year of trading in 2013 and are expected to generate £18 million in sales, while profitability will improve following last year’s implementation-related costs.

The Truline sourcing and delivery initiative with dealer group Advantia generated a lot of interest when it was announced in 2011. 2012 marked the first year of this venture which saw sales of £26.6 million and gross profit of £4 million (15% of sales).

One-off implementation costs of £1.9 million were incurred due to stock and service issues at the beginning of the year. The situation was “stabilised” by the end of May and Truline has been “operating to plan” since then.

O2o said that interest from the industry in Truline was “high” and that it was “selecting new dealers” that will fit with the model. Moate said he couldn’t provide more details on this subject, but that 2013 was about “scaling and growing” this business.

“It’s a big market which is underserviced and we see an opportunity to grow,” he stated, adding that this would “preferably” be within the Advantia framework, but that o2o wouldn’t allow the Advantia agreement “to constrain our growth”

Despite securing the Government Office Supplies Contract, sales at the Banner Business Services unit were down by £5.5 million to £121.1 million. Gross margins, however, were relatively stable at 28.5% of sales.

Moate said the results showed that o2o’s new business wins were profitable, but did concede there would be pressure on margins. “[But] I do believe that we have a business model that goes some way to insulating us from inflationary or competitive forces,” he noted.

The Jubilee celebrations in the UK and the 2012 London Olympics were estimated to have hit sales to the tune of £2.5 million. At one point, sales were down 28% year on year. There was also a greater-than-normal drop off in sales at the end of the year.