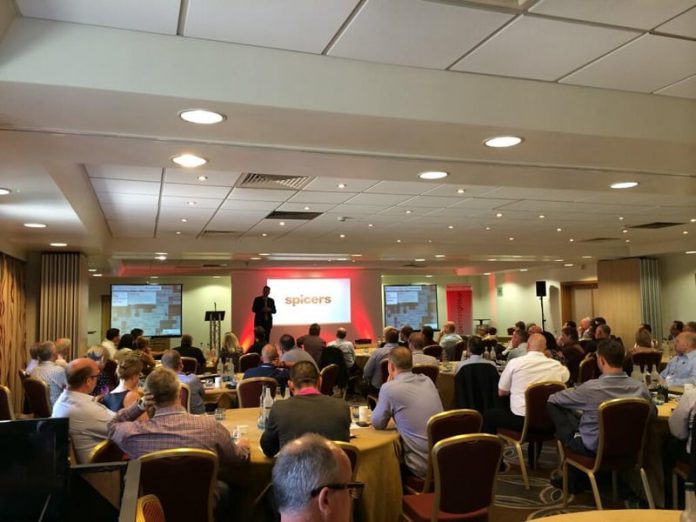 Michael’s appearance – less than three weeks into his role – was keenly anticipated given the wholesaler’s recent and well-documented supply chain issues, and even more so given the tight strategic relationship that it cemented with Superstat before the difficulties surfaced.

Presenting with no visual aids or notes, Michael started by offering a genuine apology for his company’s recent performance issues, before speaking frankly about the challenges Spicers is working hard to address.

"I will not try and defend the indefensible," he explained to the assembled dealers, "but there will be no false promises or dawns either."

While the management team is laser-focused on addressing two fundamentals – systems and the configuration and scalability of the Smethwick track that has caused many of the service shortfalls – Michael, probably wisely, declined to share the company’s timetable and plans to get back to full operational capability.

However, he did offer the reassurance that once the team has identified "a clear route map", there would be no rolling back when that is shared with the dealer and vendor communities.

For the dealers in the room it was no surprise to hear that the Smethwick DC continues to suffer intermittent failures and while Michael focuses on further strengthening the company’s warehouse and logistics expertise, some portions of Spicers’ business will continue to be diverted out to one of the regional distribution centres (RDCs).

Stock availability has been a core issue for dealers struggling to fulfil customer orders on time – and profitably – and this was addressed head on by the new CEO. While industry veteran and board director Ray Peck leads Spicers’ efforts to get its arms around the issue, Michael told the audience that the company had begun shipping stock directly into its RDCs instead of via the central distribution centre.

And stock ordering and shipment levels are slowly approaching satisfactory levels. With "liquidity stable" and further funding issues being addressed, Michael pointed out that the company is no longer on credit hold with any vendors. However, he added that the time it takes to rebuild inventory levels, particularly for the company’s 5 Star private label SKUs which are predominantly manufactured in Asia, should not be underestimated.

Michael also moved to play down any suggestions that Spicers’ owner Better Capital has appointed the experienced turnaround guy to do ‘a quick fix’ and dispose of the business as soon as possible.

Overall, this was a polished and appropriate – some may even say brave – appearance which seemed to hit the right tone. The dealers OPI spoke with as Michael left the stage to a big round of applause were grateful he found the time so early in his tenure, and with a backdrop of the well-publicised service issues.

They also agreed with his observation that Spicers has a limited window of opportunity to restore credibility and all suggested they would remain supportive, provided a promise of a weekly update was forthcoming.

It has always been our view at OPI that the UK needs two strong full-line wholesalers. Based on what we saw and heard, we are cautiously confident that Spicers will bounce back, provided there are no more catastrophes and that its incredibly loyal dealers hang in there just a little longer.

Greg Michael has kindly allowed OPI to publish this report despite an initial request that his remarks were off the record and covered by Chatham House rules. We appreciate that permission. 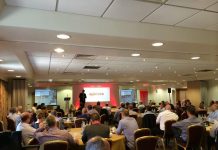 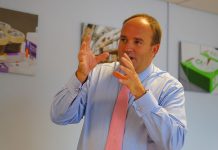