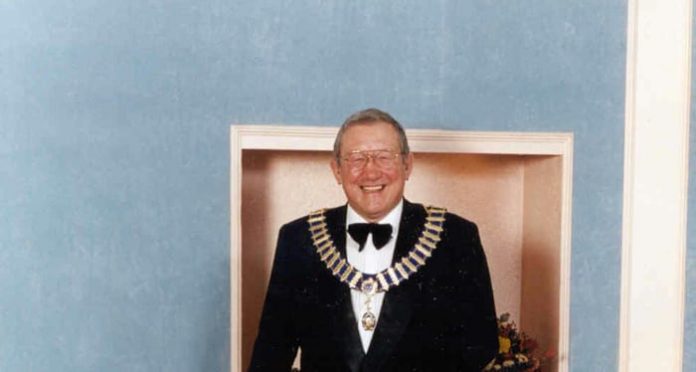 His stationery roots went back to 1863 when the firm W Straker Stationery was founded and he himself joined the family business in the 1960s before setting up his own company – Straker Office Supplies – in the mid-1970s.

In 1987, after a management buy-in from Hugh Sear and ECI Ventures, Straker Office Supplies would become one of the biggest independent dealers in the UK. In 1997, Straker merged with Oyez creating OyezStraker with the company acquiring over 30 different firms over the years.

Jonathan retired from OyezStraker in 2003 after it was sold to Hermes Private Equity for £80 million ($130 million), later becoming the OfficeTeam group. This was the same year he was elected Master of The Worshipful Company of Stationers and Newspaper Makers. He joined the London Livery in 1966 and the Court in 1991, where he stayed until 2011.

Jonathan was an avid golfer and keen supporter of his former rugby club Warlingham. He was a giant of a man in every sense of the word and will be sorely missed be all those that knew him.

I worked with Jonathan for 21 years and between us successfully built a £3 million business into a £200 million one. During the due diligence for the Straker and Oyez merger we laughed that the sixth biggest supplier to the company was Jonathan’s expense account.

Jonathan was a larger-than-life individual and I have many, many endearing memories.

One of my favourites was after an OPI event when we chartered a plane to Phoenix. Walking into a gift store, Jonathan broke the light bulb with his head, which resulted in everyone in the shop hitting the deck thinking it was a gunshot. On the way back – which I luckily was only told about afterwards – Jonathan had somehow persuaded the pilot to let him fly the plane!

Jonathan was a special person and unusual friend to me. I will never forget him.

When I brought my company Viking Direct from the US to the UK, almost every stationer resented our entry and repelled our marketing presence. It was understandable as we expanded in the UK quickly and successfully.

When taking the stage at a BOSS Federation event, Jonathan spoke up and said Viking was teaching the industry lessons in "fanatical" customer service and marketing skills. He said that as dealers adopted these higher standards, they and their customers would reach new levels of customer loyalty and business success.

Obviously, it took great courage for Jonathan to speak out, but he was certainly correct. The levels of service and marketing did improve within the industry and everyone benefited from working harder to satisfy customers. That’s how the free enterprise system works and no-one spoke better of it than Jonathan.

He and I became good friends over the years and eventually he recommended me for Freeman in The Worshipful Company of Stationers and Newspaper Makers. I was honoured to accept and receive the granting at Stationers’ Hall with Jonathan at my side.

Few men, in the UK or America, had the courage, love of office products, competitive spirit and high integrity, as Jonathan. I am proud to know him as a friend.

Jonathan would for sure not want to generate any sadness… even today!

The memory of Jonathan for me is linked to hilarious moments shared with him. His sense of humour and his acute pleasure in cracking jokes were the highlight of many dinner speeches. I knew if Jonathan stood up to give a speech that I was going to have a nice time. No one could compete with him at this!

Wherever he is… they are going to have fun around him.

He was undoubtedly one of the outstanding personalities in the trade during my time. He was a consummate salesman and a charming human being. His sheer size meant that he was always going to be noticed and his enthusiasm for life was infectious. Doing business with him could only be a sociable experience, even if he was screwing your price into the ground!

His company golf days were memorable and he once told me that, if things got really tough in the business, his golf day would be the last bit to go. He did a great job as President of BOSS and later as Master of The Worshipful Company of Stationers and Newspaper Makers. It was a pleasure knowing him.

Jonathan had the unique and wonderful knack of making everybody he met feel comfortable and valued, from the most humble employee to the chairman of a multinational company.

Langan’s Brasserie on Stratton Street became akin to a staff canteen at Straker’s. Many a very happy eight-hour lunch flew by with Jonathan hosting and entertaining throughout.

Jonathan was a great talker, but also a great listener. I learnt so much from him, but unfortunately it’s impossible to replicate such a personality.

He had an amazing business brain, while also understanding the strength of relationships and the importance of fun in business. It would be hard to find a better-liked, respected and lovable man as Jonathan – he will be very much missed and leaves the office products industry poorer with his passing.

Jonathan Straker first came to my attention back in the 1980s when he approached me to supply a Progress system for his business, Straker’s. A large, imposing figure he greeted me in his shop with a warm, beaming grin and firm handshake, every bit a proud retailer. Typical of his impish humour, he phoned me one day and announced that he no longer needed to buy Progress – he had bought a company that already had it (a small stationer, Marathon, which had an interesting young employee called Jeff Whiteway). His sense of humour even survived my quote for the additional licence fees!

Jonathan and I became firm friends as he drew me into BOSS where he was the Chairman of the Resellers Board. He had a farsighted idea that the Federation must work with dealer groups rather than compete with them. A controversial measure but nevertheless successful as it drew ten dealer groups into block membership and they all met on a newly created BOSS special interest group chaired by me.

Jonathan’s warmth and wit served to bring people together and overcome the inevitable difficulties when competing commercial interests need to work together. His period as President of BOSS was a perfect illustration of his qualities; his after dinner wit, his charm and his energy made him a popular guest at all trade functions.

I shall never forget his presentation to a large international OPI conference in Switzerland, when having dazzled the audience with a tour d’horizon of the industry, Jonathan referred to the numerous slides he had shown with their detailed statistics and declared that he had made them all up! His point was deftly made; our industry is as much about understanding markets and people as numbers.

For all his jovial and witty manner, Jonathan was a tough businessman as was illustrated by his long partnership with Hugh Sear as they together created one of our great companies.

Jonathan went on to be the Master of The Worshipful Company of Stationers and Newspaper Makers and President of the Society of Old Friends, bringing to both roles his charisma and wit.

There will be many people across the industry who have their own memories of this great man. I will miss a warm human being who always had time to listen or offer wise counsel; he taught me the importance of relationships in business. By his example at BOSS, he taught us all how competitors can cooperate; through his commitment to the Stationers Company, he showed us the importance of our collective history and traditions. Like many, I shall always remember him with respect and affection. My life was richer for knowing Jonathan Straker; my thoughts are with his ‘bride’ Jeannie and his family.

Jamie Fellowes, Chairman of the Board, Fellowes

I did not know Jonathan well, but I recall being coupled with him to give a toast at an OPI banquet. I believe that I represented the manufacturers’ toast and Jonathan the resellers’. As I recall, mercifully I went first and delivered a rather bland, prosaic brief toast. Not my forte, and I was quite pleased to sit down knowing that this task was over. Then Jonathan took the microphone and launched into a 25-minute monologue, punctuated with hilarious stories, finally building his toast to a marvelous crescendo… I have been thankful ever since of the sequencing of these two toasts!

It is rare for any individual to have such a profound effect on an industry and its participants as Jonathan and sadly we will not see his like ever again. RIP Jonathan, and thanks for everything you did for me, my company and for our industry. We are poorer for your passing but will take comfort in the belief that wherever you now are, there’ll not be a dull moment.

There is a full list of tributes on opi.net. 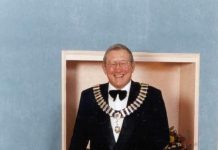 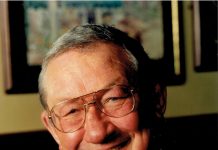