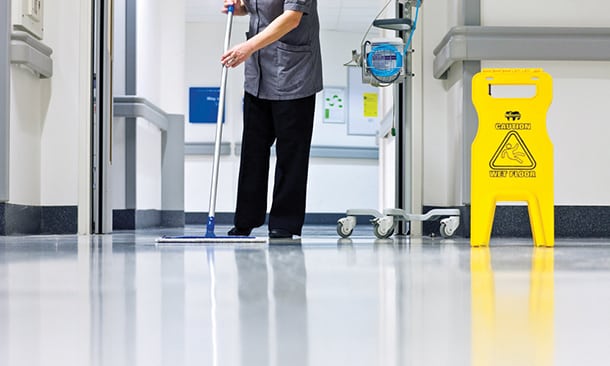 Bunzl’s origins date back to 1854 when Mortiz Bunzl registered a haberdashery in Slovakia’s capital Bratislava under the name Emanuel Biach’s Ediam. Over the years it has dabbled in various industries before becoming a full-blown distribution and outsourcing business in 2005.

Today, working with a mix of own and manufacturer labels, the company brands itself as “a one-stop-shop distribution and outsourcing service across 30 countries, supplying a broad range of internationally sourced, non-food products to a variety of market sectors.”

In 2016, Bunzl topped sales of £7.4 billion ($9.6 billion). Its acquisitive nature has played a huge part in its success which has seen the company spend over £2.5 billion on more than 135 businesses since 2004. Last year, Bunzl paid £184 million for 12 acquisitions, with an agreement to buy two other businesses during the 2016 financial year. In 2015, the total acquisition spend was just under £390 million and so far in 2017, Bunzl has bought, or agreed to buy, ten businesses for a total of £530 million, including companies in Canada, Spain, Italy, the UK and the US.

Although a Bunzl veteran, relatively new CEO Frank van Zanten says he is committed to continuing the firm’s ongoing acquisition strategy, explaining that due to its strong financial position, it’s able to act quickly when opportunities arise.

The pace of investment has intensified in recent years as Bunzl focuses on its strategy of growth through both organic means and acquisitions. It was only in 2008, for example, that the company made its first foray into Latin America with the acquisition of Prot Cap in Brazil. A mere four years later, Bunzl had expanded its operations across the region to Chile, Peru, Argentina and Colombia.

Latin America falls under Bunzl’s ‘Rest of the World’ umbrella – which also includes China, Israel and Australia among others – where recent results have been less encouraging. However, thanks to Bunzl’s decentralised operational structure and experienced management teams, despite its colossal overall size, the group is nimble enough to shift focus quickly. This has enabled it to combat declines in Brazil due to the loss of several key contract cleaning customers, for example, by moving its São Paulo headquarters to a lower-cost location as well as reduce operating costs.

Bunzl’s largest market is North America with almost 60% of total sales (£4.4 billion in FY2016). With over 160 locations, this market also covers Canada, Mexico and Puerto Rico. Last year, Bunzl focused on expanding its jan/san sales in the region, boosted with the opening of a warehouse in the north-east of the US for distributing the products, along with the enhancement of its central warehouse infrastructure.

In March 2017, Bunzl beefed up its outsourcing operations substantially with the purchase of Minnesota-based Diversified Distribution Systems. The $300 million+ company is a distributor of goods (not-for-resale) and value-added services to retailers and other general distribution customers, predominantly in North America, but also Europe, the Middle East and Asia.

A quick scan over the past few years of Bunzl acquisitions reveals that jan/san purchases were particularly prolific in the Canadian market. In August last year, for example, the firm acquired Plus II Sanitation Supplies and Apex Sanitation Products, both of which operate in the jan/san, foodservice and industrial sectors in the country. These acquisitions and others have enabled significant category development over the past few years.

Meanwhile, Bunzl’s Continental Europe business – a region that increased 10% in constant currency in 2016 to £1.36 billion – is clearly being strengthened by sustained investment in the jan/san market. Last year’s highlights for the cleaning and hygiene sector include France where investment in e-commerce and telesales capabilities saw the category return to growth. The Belgium market grew as a result of increased business from larger customers, while in Spain the sector gained customers and benefitted from a product range extension.

Across the channel in the UK & Ireland, which constitutes 15% of total Bunzl sales (£1.1 billion), the jan/san business continues to perform well in a competitive market.

Overall, the cleaning and hygiene category represents 12% of Bunzl’s business and looks poised for further growth due to a rising trend towards outsourcing, an increase in health and safety legislation, and underlying growth in the away-from-home sector.

Van Zanten is passionate about investing in the future, in particular new technology, evidenced by the continued roll-out of its state-of-the-art digital platforms across numerous markets. He is also looking to broaden a global forum initiative that enhances collaboration across the group. Established initially for its safety business, the forum brings together industry knowledge of Bunzl’s management to increase best practice across the entire organisation.

Clearly, Bunzl is not resting on its laurels and is continuously looking to expand all its business sectors as well as territories. The recent addition of Singapore-based safety products distributor LSH to the company’s portfolio, for example, will provide a base that Bunzl will use to develop its Asia operations. Indeed, both the safety and jan/san sectors have plenty of scope for further growth as not all the countries that Bunzl currently operates in carry these categories. 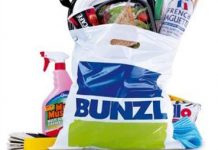 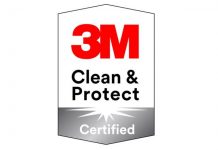 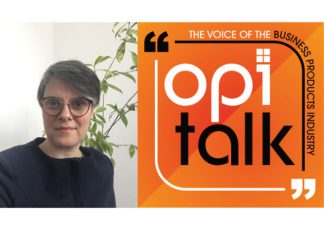