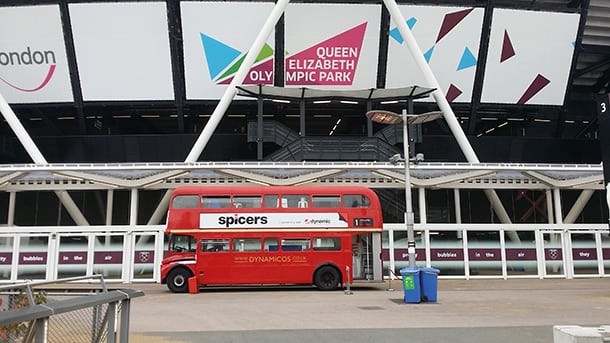 Held at the London Stadium in Stratford’s Olympic Park – home of West Ham United football club – Spicers invited some of its top dealers for a day of workshops to encourage collaboration and showcase its latest initiatives.

SPOT Group CEO Jeff Whiteway kicked off the day with a frank admission: “We haven’t got all the answers,” he said before talking briefly about the changes happening across the sector, including consolidation, the fall of the big names and, of course, competition from e-commerce. He went on to introduce the relaunched programme which promises to be much more dealer-focused this time round.

The group had invited not just representatives from its large dealers, but also a few smaller ones new to the scene. Whiteway explained that it was more about “attitude” than revenue. Spicers wants to work with partners that are keen to collaborate, share data and bring a fresh approach to make the wholesaler/dealer relationship more efficient.

Spicers Sales and Marketing Director Richard Ford was next to talk, outlining the ethos behind the launch. He said that it needed to ensure the programme delivered tangible, relevant and beneficial services for its resellers. The Brilliant Partner proposition was now aligned to meet the needs of dealers in an ever-changing market, he added.

Ford continued with an update from the group and revealed some interesting statistics regarding consumer behaviour. He touched upon the emerging Generation Z, the new age bracket of tech-savvy consumers anyone in retail should be gearing their marketing towards.

Finally, he mentioned the industry’s current foe, Amazon Business. But he remained optimistic: “That’s a threat we can overcome. We are aware, but we are not scared.” His comments were echoed throughout the day as Amazon’s B2B platform and how to keep it at bay was a hot topic for discussion.

After splitting off into groups, attendees rotated through numerous workshops, exploring the key offerings and benefits of being part of the Brilliant Partner initiative. A session on cost management, for example, introduced the Spicers-branded credit card, to be launched in December in partnership with Mastercard. It also offered several suggestions on how dealers can strip out costs in what was described as a “highly inefficient” industry.

Head of Logistics Rick Jones showed off the wholesaler’s improved transport and delivery fleet and lauded the benefits of consolidated fulfilment. The marketing team, meanwhile, went through its promotions materials and toolkits, which aim to ensure dealers’ marketing efforts are more integrated campaigns and less “mud on the wall”.

Spicers also identified a big weakness among resellers – the utilisation of data. To rectify that, the wholesaler urged its partners to share information and be more open to collaboration, not just within the group, but with peers in the market as well. This included access to do audits with back-office systems.

Whiteway further reiterated that Spicers was willing to work with dealers to understand what products they were buying from non-traditional sources, so it could add them as SKUs. He said the wholesaler was  willing to initially work on wafer-thin margins to help the channel develop volumes that will ultimately lead to improved cost of goods for all.

The meetings on the day also included a presentation aboard the Dynamibus, a double-decker Routemaster refitted to showcase the latest range in seating from office furniture maker Dynamic, a supplier of Spicers.

A summary talk and ‘blue sky’ session wrapped up discussions and opened the floor to ideas and comments. Whiteway said he hoped a better relationship with dealer partners – based on trust – could be forged following the relaunch.

Collaboration was the theme of the day. Large resellers rubbed shoulders with more modest-sized dealers, but this was a crowd that was ready to work together, united by the challenges brought about by a rapidly-changing market. 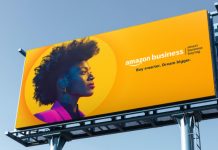