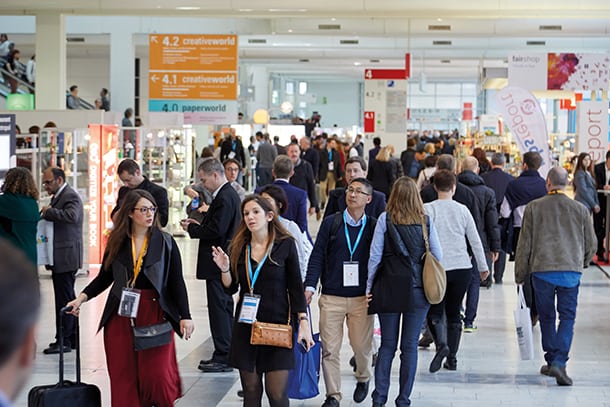 A year ago, in our March 2016 issue, we said that Paperworld was “struggling for relevance” as an international platform for the evolving B2B business supplies channel. One year on and – quite frankly – it is difficult to alter that opinion despite all the positive spin coming out of Messe Frankfurt following Paperworld 2017.

While there were more visitors to Frankfurt this year than last year – an increase of about 3% to around 85,400 – it was largely due to the launch of a concurrent show called Floradecora. That means Paperworld is now one of four shows taking place at the same time at the end of January, along with the aforementioned Floradoecora, plus Christmasworld and Creativeworld.

Looking at the Paperworld figures only, visitor and exhibitor numbers continued to decline: the number of visitors fell by almost 9% to around 33,560 and there were 1,525 exhibitors, down from 1,608 last year. It is true that the number of exhibitors was negatively impacted by a hall switch this year as the euphemistically-labelled ‘international sourcing’ suppliers traditionally housed in Hall 10 were moved to Hall 1 due to construction work at the Messe Frankfurt exhibition grounds. Time will tell if that change of location is temporary or not, but it was certainly more convenient for visitors not to have to make that trek out to Hall 10.

To be fair, visitor traffic in Hall 3.0 – where the main office supplies exhibitors (excluding writing instruments) were located – was steady during the first three days of Paperworld. The exhibitors that OPI spoke to were largely satisfied with the meetings they had set up prior to the event and with the number of international customers they were able to see over the space of four days. That said, it was clear that some of the larger resellers and wholesalers – due to their well-documented current challenges – had sent reduced teams to Paperworld this year.

Hall 3.0 was also the location for the second incarnation of the Paperworld Plaza concept – an initiative between Messe Frankfurt and the German trade association PBS-Markenindustrie, whereby the association’s members would have a major presence at Paperworld every two years.

Whereas the first Paperworld Plaza in 2015 had its own dedicated space in Hall 3.1, there had been a lack of enthusiasm from the wider PBS-Markenindustrie membership second time around. Messe Frankfurt had been hoping for some 40 members to sign up, enabling the show organiser to open Hall 3.1. However, fewer than 20 of the association’s members committed to the event, meaning that the Plaza really just blended in with the rest of the show in 3.0. In fact, visitors and other exhibitors were seemingly not aware that there existed such a thing as Paperworld Plaza.

This will probably lead to more talks between the trade association and Messe Frankfurt in the coming weeks and months, but there appears little point in continuing with the Plaza concept. This would be tough on the trade show organiser which has devoted a lot of resources to the idea over the past few years in order to cater to the wishes of these leading (mostly) German manufacturers; time and effort that could well have been devoted to tackling some of the more fundamental challenges that the event faces.

Focus on the future office

The centrepiece of Hall 3.0 was an exhibition and presentation area called Future Office, a futuristic space designed by Berlin-based architect André Schmidt. Interestingly, rather than attract international business supplies buyers, resellers and manufacturers to Future Office, Messe Frankfurt intended to target a different type of visitor to the show in the form of architects, interior designers and facilities managers.

The hope was that around 100 invited guests would attend guided tours of the Future Office exhibition, followed by visits to the booths of sponsoring Paperworld Plaza exhibitors to raise awareness of how these manufacturers are already catering to the needs of the modern workplace. With the number of attendees of the Future Office guided tours on the Monday and Tuesday of the show exceeding 300, Messe Frankfurt was understandably pleased with how things turned out and hailed the concept a success.

Nevertheless, OPI is not convinced Future Office did anything to reinforce Paperworld’s dwindling status as the annual meeting place for the international business supplies community. The presentations – their noise levels certainly weren’t appreciated by exhibitors on nearby stands – were all in German, and the invited architects and designers were purely from the German market.

When questioned about it, Paperworld Director Michael Reichhold told OPI that bringing in German visitors was the strategy for the first year of Future Office. He explained that the organiser didn’t want to be overambitious until the concept had proved itself.

However, it meant virtually the entire Paperworld events programme that was of potential interest to the business supplies community – Future Office, the Paperworld Procurement day in partnership with brands organisation Office Gold Club, and Sustainable Office Day – was held in German and targeted mainly at visitors from Germany.

This apparent homeland focus was borne out in Paperworld’s official visitor numbers: more than 11,600 visitors this year were from Germany; that’s 35% of the total (up from 30% last year), and Messe Frankfurt revealed that exhibitor numbers from Germany were also up.

All this doesn’t mean that Paperworld is not a great show for stationery retailers and those involved in the craft, hobby and gift sectors. These are categories that are experiencing something of a renaissance with consumers, and that buoyancy definitely came across at the event.

But, is Paperworld still essential – relevant even – to the world of commercial business supplies? In part, of course it is – there are still tens of thousands of visitors and some 1,500 exhibitors – but Messe Frankfurt has still failed to get the message in terms of the realities facing the wider workplace supplies and services industry. 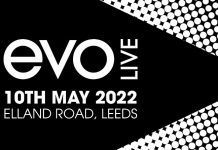