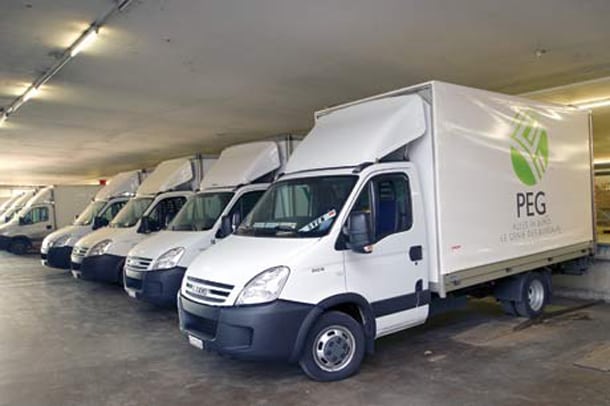 First off, PEG is not a dealer – it’s a buying group, a wholesaler, a contract stationer, a retailer, even a manufacturer (of binding and laminating products). But its core focus – and 50% of its combined overall sales volume of SFr150 million ($162 million) – remains on and comes from the independent dealer.

But, says Claude M Ackermann, Chairman of the Board of Managers of the buying group-cum-wholesaler organisation, the face of dealers is changing. “We have the same number of dealer members – about 500 out of a total of 600 independent dealers in the whole of Switzerland – that we’ve had for years, but the make-up of these dealers has changed somewhat.”

He adds: “With the evolution of the market, we have been losing members. We’re also gaining new ones so the overall number has basically remained the same, but those new ones are often very small businesses, mostly individual small shop units, or really tiny stationery shops. As such, members’ combined sales have dropped about 5%.”

Indeed, it is this plight of dealers that has led PEG to buy several stationers itself. The organisation now owns four stationery shops in the French speaking and northern part of the country. All former members of PEG, it has owned one of these shops for about 18 years, but the other three were added in the past couple of years because, says Ackermann, “the owners couldn’t pay the bills anymore, didn’t want to go out of business and we felt we had to buy them as otherwise we wouldn’t have had a presence in this part of the country anymore”.

The potential conflict of interest of such a set-up is largely irrelevant as most of these stationery dealers serve a small and mostly local clientele. They also all continue to be run by their previous owners. Furthermore, adds Ackermann, none of its dealer members are obliged to buy solely through PEG. In fact, many are also affiliated with fellow buying group/wholesaler and, importantly, chief competitor Waser (author’s note: not the same Waser as B2B operator Waser Büro bought by Lyreco in 2010). As such, they can pick the services they require from either group.

Having its hands in so many pies, however, Ackermann admits that the conflict of interest issue does come up occasionally, but it’s in a different arena and mostly so in the B2B space.

The majority of PEG dealers are retail-based stationers with very little, if any, B2B business. But its 15 or so biggest dealers are operating very much in both camps and it is here where the overlap is the greatest, because PEG also acts as a contract stationer and logistics provider to mainly small- and medium-sized companies.

And of course, these strands are well worth having as, apart from the contract business, they are where the current growth comes from, according to Ackermann. “The stationery sector in general in Switzerland is flat and the mentality of stationery dealers is often equally uninspiring – many are not looking ahead and moving forward, and they’re simply not innovative enough to bring the business to a top level.”

That said, he adds that over the past four to five years – essentially in a particularly challenging economic environment and at a time when much has happened in the Swiss OP market – retail stationers have been re-evaluating and adjusting their product portfolio, away from traditional OP to more gift items and seasonal goods.

What they haven’t done is to go down the route so well trodden in other parts of the global OP community – the route of EOS, of breakroom products, of jan/san, etc. And neither has PEG in any meaningful way so far, Ackermann freely admits.

The organisation has an impressive SKU count of about 35,000 in its sophisticated warehouse located in Aarburg, the logistical heart of Switzerland, but it hasn’t been particularly successful in its efforts to becoming that sought-after ‘one-stop shop’. The majority of products are traditional office products including various lines of own brands (they account for 18% of total revenues), with only about 5% accounting for the aforementioned seasonal items, gifts, etc.

As for adjacent categories like facilities management, Ackermann says: “We’ve been offering coffee, water, snacks and various other breakroom products to our dealers for the last year or so, but it hasn’t been overly successful and dealers are just not fanatic about selling those products. From a contract point of view, PEG itself is not typically asked to supply those type of products, although we are making slow progress in the jan/san segment. Coffee in particular is difficult as Lyreco has this unique contract with Nespresso. The whole category is definitely something we need to address.

“I’m personally convinced that our members have to offer the whole FM range to their customers, but we at PEG need to carefully redefine our strategy, for the stationery shops as well as for the contract market, and decide the way we want to pursue it. But either we have to do it properly or not at all.”

The whole product category of EOS also remains absent from PEG’s – and many of its dealers’ – portfolio. The reason for this is the dominance of Swiss player Ecomedia, a SFr250 million privately-owned distributor of printing supplies. But, as so many supplies distributors have done (see also the Big Interview with soft-carrier’s Thomas Veit, September OPI, page 28), Ecomedia is now also increasingly going down the OP path, potentially adding another competitive aspect to PEG’s fast-moving products.

PEG is a true multi-channel operator, in a country that has always been fiercely independent. But times are tough and certainly over the past two years or so, it hasn’t been able to escape from the impact of the euro currency crisis when dealers have for example been buying their products from Germany because of the 20% currency advantage they’ve been enjoying. During that same time period, the market – in OP retail terms – has become even more saturated through a host of new competitors coming in, in the form of drugstores, Rail City shops, etc. And they all want to sell office products. 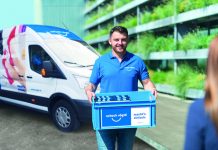 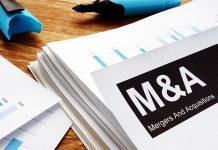 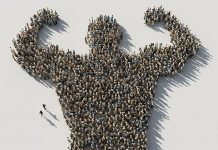