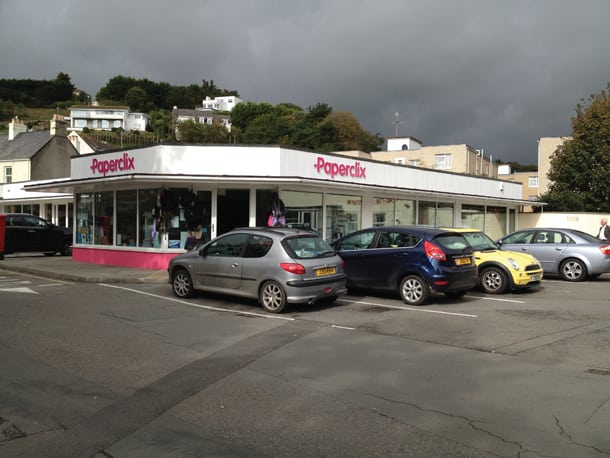 Island-based OP dealers are always going to be different to their counterparts on the mainland simply due to geography, but Jersey-based Paperclix harbours a number of features that make it stand out from the average independent business supplies reseller. Its location has also brought about a number of pressing challenges in recent times.

Last year, the Channel Islands were dealt a financial blow with the removal of low value consignment relief (LVCR) from all goods imported into the UK from the region (see ‘LVCR: a summary’ below), as the UK government looked to even the tax playing field between companies operating on the mainland and those in Jersey and Guernsey.

As a result, Paperclix stopped distributing to 30 countries around Europe and focused solely on Jersey as cross-border trading became, in the words of Managing Director Jason Mourant, “unviable” due to increased costs. Mourant admits that this move inevitably hit turnover, but by opting to shift attention to retail and B2B in Jersey the company has strengthened its ties with the local community – a key goal of any traditional local independent – and is currently performing solidly.

He comments: “Focusing on the island is a big selling point for us. The likes of Viking are trying to get into Jersey but they’re now appreciating it’s difficult to make money in Jersey unless you get the right logistics sorted.”

Paperclix also supports the local Jersey economy through a particularly innovative partnership, which was formed over a decade ago.

For the last 11 years the company has been sponsoring the Jersey Rally, which attracts a field of UK, French, Guernsey and Jersey competitors, as well as big crowds, to the island, and the dealer is reaping the benefits in terms of online and local branding. Typing the company name into Google, for instance, generates 48,000-plus organic listings thanks primarily to the association with motorsport. This web presence is complemented by the significant race coverage on local press and radio, while worldwide exposure was secured in the last couple of years via TV channel Eurosport.

Mourant says: “Sponsorship is quite a commitment. You don’t see the benefits in terms of immediate sales or obvious turnover, but what it does is keep your name out there – it’s all about profile building.

“It is a huge event and 11 years ago we were a smaller local business looking at opportunities to enhance our brand on the island. The rally is a great event but can only keep going if local businesses support it.”

So who are the company’s customers, what can they buy and how can they purchase it? The company operates a retail store in Jersey in the parish of St Lawrence. It has a wide customer base consisting of schools, nurseries, offices, banks, trust companies, and even private offices in homes or one-man bands on the island. Competition is fierce too, with more than ten OP dealers plus a number of the larger stationery resellers on an island that is only 118 sq km in size and boasts a population of just 98,000.

Paperclix stocks between 10,000 and 15,000 SKUs, with products including stationery, office machines, EOS, office furniture and arts and crafts to name just a few. Despite its strong internet presence, online sales represent a small percentage of overall trade.

Instead, the company’s website, which is currently undergoing a revamp, is used as a virtual shop window. Locals tend to use the website to check stock or use the click and collect function, explains Mourant, who has a background in software programming that puts him in a position of strength when it comes to digital innovation.

“By the time you explain things to a third party, you could have done it yourself,” he adds. “I’ve spent lots of time fine-tuning our back office systems because that’s my forte.”

Two warehouses situated on the island hold vast levels of Paperclix stock, which helps to generate annual sales of approximately £1.25 million ($2 million) for the company, and it is important for the business to have a large number of products stored away.

“We hold a huge amount of stock – up to £250,000 in a month sometimes. We do a lot of business direct with manufacturers too; in fact, we do more business direct than we do with wholesalers.”

There is a good reason for this model. As an island dealer, the cost of shipping can be particularly prohibitive and can generate significant financial pressures, particularly in the context of the aforementioned tax changes introduced in Jersey last year.

And with the wholesaler delivery order cut-off time for Jersey set at 10.30am and carriage costs to the island reportedly “very expensive”, margins are inevitably nipped. Island dealers cannot raise their resale prices to compensate for shipping costs due to printed catalogues and the need to remain competitively priced.

Adds Mourant: “It comes down to planning and making sure the order value is correct. You often have to strike a deal with a manufacturer, and regularly must order a minimum of £1,000 of items to make it worthwhile.”

The Managing Director also argues that it is difficult to use wholesaler services such as Spicers’ dealer distribution centre model because it can cost around four times’ more than it does for a mainland UK dealer. Successful dealers in Jersey typically need their own vehicles for this very reason, he adds.

Displayed on Paperclix’s vans – as well as on staff uniforms and in-store – is its new bright pink company branding, which was introduced at the 2012 Jersey Rally. Mourant calls the fresh design “a differentiator” that once again helps the business to stand out in the local community.

Changes being implemented online this year will also ensure the firm’s website is up to date and able to provide an effective showcase for its extensive product range. Dealing in OP is expected to remain difficult in 2013 but, with some sensible marketing strategies and a lot of forward planning, this island dealer appears well-positioned for the challenges that lay ahead.

Says Mourant: “We’re confident that we can ride out the storm. The keys to success are simple: make sure you’ve got stock on the shelf, make sure that your customer service is good and remain competitive in this current climate.”

From 1 April 2012 low value consignment relief (LVCR) no longer applied to goods imported to the UK from the Channel Islands. But it was not simply an April fool for those businesses operating in Guernsey and Jersey, or for the islands’ economies.

UK government department HMRC made the decision to end “exploitation” of LVCR, which it said was increasingly being used to sell low value goods to UK customers VAT-free, a purpose for which it was never intended. The idea behind the reform was to ensure UK companies can compete on a level playing field with those in the Channel Islands.

Stationery and PC consumables, along with items such as CDs and DVDs, were listed as examples of goods sold by companies exploiting LVCR. The decision to remove tax breaks has made many companies question the merits of running a business in the Channel Islands. In January this year e-tailer Play.com announced it was leaving Jersey as a result of LVCR at the cost of hundreds of jobs. Other firms are struggling too.