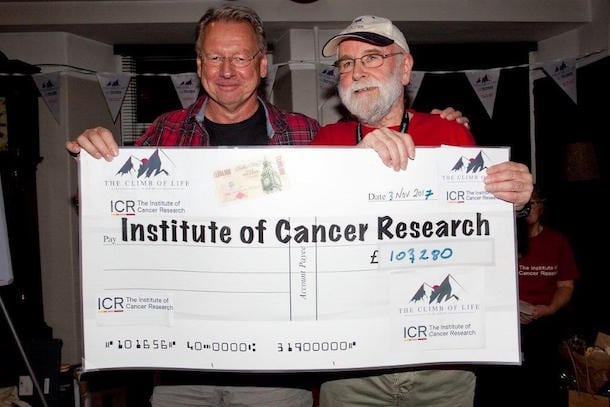 This year’s Climb of Life (COL) raised more than £103,000 to help in the fight against cancer.

OPI joined around 100 members of the UK office supplies industry last week to conquer some of the country’s most challenging Lake District peaks and raise money for the Institute of Cancer Research (ICR).

Once the tough day was over for the climbers, COL organiser Graeme Chapman MBE was able to present a cheque for £103,280 to Professor Paul Workman, CEO of the ICR.

The OPI team was the top fundraiser once again, beating its own record and contributing more than £27,000 to the overall total.

A big thanks to all those who supported not just the OPI team, but everyone who took part.

Next year’s COL is provisionally scheduled for Friday 2 November 2018.

Reminder: EOPA entries due by 20 December