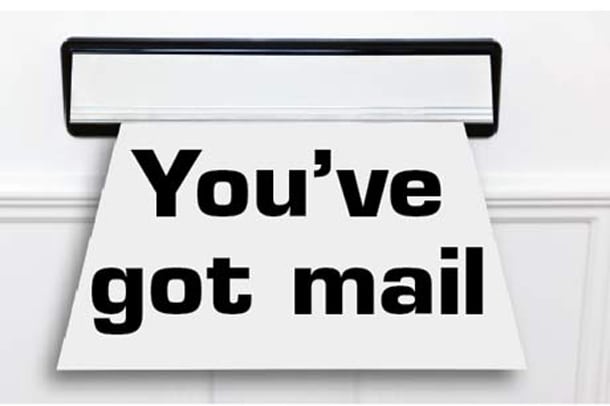 Trends in the mailroom and packaging segment are not so very different from many others in the OP industry. Declining sales in some categories, growing take-up in others, the impact of digital, increasing globalisation – it’s all there.

Avery UK recently commissioned a study that showed letters are a more effective way of communicating important business messages than emails. Carried out by Chartered Psychologists at London Metropolitan University, the study looked at how different groups responded to an identical message communicated by email or traditional letter. 60% found letters more engaging and 40% more trustworthy than emails.

80% of respondents also thought letters were more persuasive than emails, while 40% were more likely to take action and respond to a business proposition that was communicated to them by letter rather than by email.

Totalpost Managing Director David Hymers concurs with the view that postal communication remains an essential part of office culture. He adds: “Yes, the overall trend is that snail mail is declining because of emails and other electronic messaging, but the growth in the parcels business has become a phenomenal replacement market. Also, according to Direct Marketing Association statistics, a major increase in conventional advertising mail, which is shown to have a much better response rate than email ‘blasts’, is another reason for value being regained.”

No doubt though, the traditional mailing of letters is down. According to Jim Bettinger, VP of Marketing and Strategic Business Development at US-based Quality Park Products, his company has seen a 3% to 4% decline in the envelope category. “This trend,” he says, “is consistent with the United States Postal Service (USPS) Q3 fiscal report, which documented a decline of 4% in the nine months to 30 June 2013. Additionally, the NPD group reported a 3.2% annualised decline (ending July 2013) in the commercial envelope sub-category, which represented the majority share within the US envelope market.”

In the UK too, there’s been a reduction in postal volumes, but by no means does this apply across the board. Hymers says: “The largest factor in fuelling the existing demand for franking, for example, in the UK is the Royal Mail’s discount for franked mail over stamped mail, which in most cases can pay for a small top medium franker for a new user in less than a year based on postal usage.

“Internationally,” he adds, “our sales, particularly in franking machine supplies, have increased year on year. In 2011, exports as a percentage of company sales were 33%; in 2012 this figure was a staggering 44%.”

And it is the whole variety of supplies – everything that is part and parcel (pardon the pun) of a typical mailroom – that presents opportunities.

Gregg Corbett, Marketing Director at Avery UK, which produces a comprehensive range of labelling solutions – many for the mailroom – points to the fact that all manner of postal communications can often reflect a company’s image – to its benefit or detriment.

He says: “The importance of a company’s reputation and image is vital when it comes to driving demand for mailroom supplies. An unprofessional mailing can reflect incredibly negatively on an organisation. Badly packaged parcels, letters and labels that are poorly printed, misspelled, off-centre or smudged can communicate that an organisation doesn’t care enough about its clients. This is where it becomes essential for the OP industry to emphasise the importance of using high-quality mailroom products where customers can be assured peace of mind with more efficient, consistent and reliable mailing solutions.”

On that same note, Hymers adds: “We are a major vendor and re-manufacturer of franking machine cartridges. This has allowed us to achieve growth in cartridge sales where we can usually show, through our dealers, that franking machine users can save some 30% or more by using our products. Additionally our quality, readability and yield match or better the OEM product. After testing all the cartridges Royal Mail have approved our red and blue ink, with us being the first company other than the OEMs to be awarded this accolade.”

Much is said about the impact of electronic communication on the traditional mailroom. Quality Park has come up with an ingenious idea to marry the two. One new product is a line of greeting cards tagged Memory Cards. Bettinger explains: “These Memory Cards leverage QR technology via our Memory Tag to provide unique codes for 30-second online video messages. Consumers leverage their mobile app technology to instantaneously unlock the video message that accompanies their physical greeting. It is a great blend for the millions of Americans that continue to embrace both physical and digital communications.”

As mentioned above, the continuous growth in e-commerce has also resulted in a considerable growth in the parcels business and, as such, in the demand for packaging material. This may not have hit a growth mark yet that is capable of offsetting the declines in traditional mailings, but it’s very significant nonetheless.

Says Bettinger: “We see growth in the packaging sector as well as in international mailings. The global marketplace, online commerce and small businesses all fuel the need for packaging. The challenge for existing traditional envelope companies lies within the capabilities of their machinery that tend to run lighter weight substrates. As such, a transition towards packaging requires capital investment or partnerships.”

Packaging is also one of several areas that faces closer scrutiny from a sustainability point of view although it’s perhaps not a key priority yet. Says Corbett: “In the long-term, sustainable solutions for the mailroom will be another key trend driving demand and OP resellers that aren’t offering customers sustainable supplies for the mailroom will face being left behind. One recent report from environmental body Forum for the Future states that sustainable products and services will be mainstream by the year 2020, meaning that by the end of the decade green living and working will be normal practice, It’s something that the industry and the mailroom segment as part of it should seriously look to prioritise.”

Many have done so already, Avery included. Quality Park, for example, is in the process of introducing the Againvelope to the US market, providing value through its longevity of use while also – from a sustainable point of view – preventing waste by eliminating the use of multiple envelopes.

The mailroom and packaging sector might be changing, but there’s plenty of mail to be had just yet. 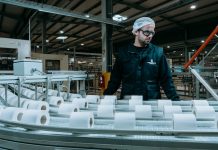 Sales and profit surge at Navigator 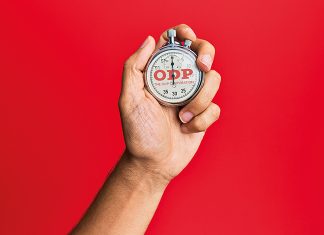