OPI: You mentioned M&A, specifically M&A that matches and accelerates your strategy. Can you give an example?

SH: Sure. If you were to look at it from the Banner perspective, the contract stationer has a huge opportunity to consolidate with resellers that are looking to exit the market. Banner made two acquisitions in 2017, for example – WA Office and Ventura. These companies wanted to continue in the business and grow it, but under the auspices of a large group that can invest and allow them to reach their potential. We see a huge opportunity to do more of that going forward with Banner.

We’ve actually got a non-executive on the board who’s responsible for M&A – that should give you an indication as to how serious we are about it.

OPI: Dealers reading this will potentially view this as a competitive threat…

SH: They shouldn’t. That investment is a Banner investment. It doesn’t stop VOW from doing what VOW does. VOW has its own strategy where M&A is also a topic as regards new and emerging categories to help dealers grow faster in these categories.

OPI: What about integration into the business – is that important?

SH: It is. It’s vital that they keep a sense of identity, but integration into an existing, working system is also essential.

OPI: There were issues, I believe, integrating Banner office2office (o2o) into what was Vasanta at the time which potentially contributed to the departure of your predecessor. Is that all history now?

SH: I think it would be wrong to say that predicated the departure of Robert Baldrey. Robert did a lot of great things to integrate the businesses, but people don’t always remember the good bits and the successful pieces of the integration of which there were many.

But yes, the warehouse integration in terms of the closure of the o2o older depot and its integration into the Vasanta Normanton depot in mid-2015 did not go to plan and caused about eight weeks’ worth of severe disruption to service before we were back on track.

What was much more of a challenge was the simplification and consolidation of all our IT systems. When I took the helm in May 2016, we had six ERP systems. Over the past 18 months we consolidated these systems down to two. Those big maintenance projects are done, and we’re now looking at investments and accelerators for the future. It’s a nice place to be and I’m really happy with where we are right now, ready to execute our plan.

OPI: Let’s talk about the relationship between dealers, dealer groups and wholesalers. What’s the future for dealer groups, for example? There’ve been some changes, but are we still overburdened with them? And is there a clear enough position for them in the market, compared to what you and Spicers are doing?

SH: Let me answer the question in two ways. Firstly, is there a value to the wholesaler of a dealer group? Yes, there is if each part understands what role they play and if we’re not trying to duplicate and compete for the services that, between us, we offer to dealer group members. We work very closely with the dealer groups and we’re seeing good levels of growth working with them that we wouldn’t have by ourselves.

Is there a role for a dealer group for independent dealers? Absolutely, for a number of reasons, including better purchasing power, a sense of community or simply an independent ombudsman to help them work with their chosen wholesaler.

Historically, there has been a lot duplication and confusion in terms of certain services and naturally there are always challenges as regards the funding for all these activities, meaning we all have to be more efficient than ever. But I do believe there’s space for all of us.

OPI: But taking a small industry like ours here in the UK, can we really support as many groups – and CEOs, marketing people and egos for that matter – as we currently have?

SH: Not if they are all trying to do the same thing, no. But increasingly there’s a distinction between the ones that are strong, growing and going somewhere and those that are weak. I’m sure there will be casualties or at least some consolidation.

OPI: There has been a big shift towards stockless for dealers for many years. Do you get the sense that this shift is moving into reverse again now?

SH: There are two things going on in terms of the industry addressing the costs of doing business. Overall, the market is more switched on than ever before when it comes to the duplication of cost. The advent of solutions like Nectere and the improvement in the service proposition from groups such as Office Friendly has helped the reseller community look more closely at unnecessary costs and how to eliminate them.

Very importantly also, price inflation is starting to come back and as the pound has devalued against the euro which has driven EOS pricing up, dealers have naturally been looking at their potential margins and this has put more pressure on buying stock.

The recent significant and frequent movements in paper pricing haven’t helped. This is the commodity that many dealers have always thought would be better to buy in bulk, stock and distribute themselves. Price inflation moves this thought process beyond just paper and commodity products.

I do believe that there’s too much focus on the cost of a product and not enough on the total cost of acquisition or delivery. The cost-to-serve element often gets missed, but it’s understandable in a market where prices are inflationary. And it’s here to stay. It’s a new paradigm in the market – the twice-a-year price changes that we have had in office products are gone. Daily price changes are the new reality.

OPI: We’ve seen more volatility in EOS for many years – it’s part of the model, but business supplies wholesalers haven’t historically had a lot of joy competing in the EOS category.

SH: It comes down to your USPs. As a wholesaler VOW is very clear on what its service offering is. VOW stands for the ‘Value Of Wholesale’ and I believe there is a value in wholesaling. But the breadth of range, the long tail, the early morning delivery, the extended payment terms, the returns privileges, the sales and marketing support… All of this comes at a cost and this type of value-added wholesale service is incompatible with the no-frills, cheapest price, lowest margin approach. It’s a choice customers make, but it’s very difficult to get the balance right and apply a service model to a very different and often heavily fluctuating pricing model.

I made the decision very early in my tenure as CEO that we weren’t going to continue to sell bulks of EOS at a loss. That’s not to say we have got all of our pricing right. If somebody could sell me the magic key to unlock the mystery of commodity pricing, I’d buy it straightaway.

OPI: You alluded to Exertis Supplies earlier. They are making inroads, albeit from a low base, and were voted by the industry as the Wholesaler of the Year last year. To use a football term, how do you view your noisy neighbours?

SH: I’d view them as just that.

OPI: That could be construed as being somewhat complacent.

SH: I am never complacent. We watch with interest and we take our position in the market really seriously.

I can completely understand the opportunity that Exertis sees in light of the challenges they have in some of their traditional EOS distribution. I also realise that, given the history of Spicers and VOW, manufacturers would be looking for alternative options. But I mentioned scale before. As I understand it, our sales volumes in a week currently exceed what Exertis’ are in a year. They will get to a stage where the scale of what they do means they have to think of their execution in a different way. Margins are just a small part of that rethink.

Exertis Supplies have different reasons why they need to grow and why they’re in this market. They’re a viable competitor with a great business and we relish the opportunity to compete with them head on.

OPI: Finally, how much of a blow was it that Advantia switched away from the relationship and contract they had with you and Truline? It was a ground-breaking deal when it was originally announced…

SH: It was a blow, but not a surprise.

OPI: What was the reason for the switch?

SH: First up, they got offered a deal they couldn’t turn down. Like I said, I was not surprised that Truline lost the business. It had been on the cards for a long time, probably starting when Vasanta and o2o merged. What I was surprised about, however, was that they decided to outsource their transport service to Spicers and I’m obviously very disappointed that we’ve lost that type of customer with that type of volume.

That said, a good proportion of the Advantia business has ultimately been retained by VOW under a normal wholesaling arrangement.

It has to be said that the Advantia service we offered was a unique service to that dealer group. It was very complex and not very profitable and increasingly didn’t fit very well with the future strategy of the EVO Group of Companies.

OPI: Will you be looking to work with another dealer group on a similar model?

SH: No, I think the model of being a stockless reseller that is trying to reduce costs and use wholesalers to store, pick, pack and deliver to end users and encouraging them to hold bespoke stock that’s unique to them already exists. VOW offers it and that service is available to those that want to take advantage of it as part of the normal VOW service offering. 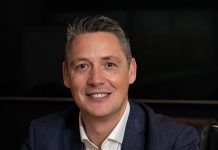 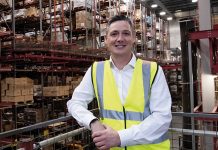 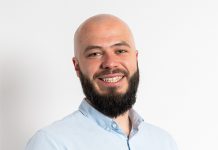