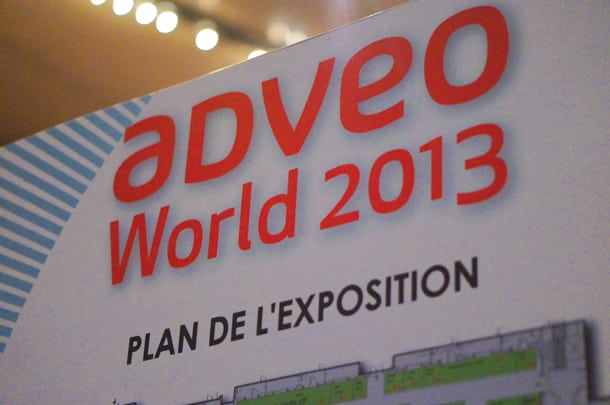 The Paperworld fair wasn’t the only major OP event in Europe at the end of January. On the outskirts of Paris just a few days prior to the Frankfurt show, European distributor ADVEO held its inaugural ADVEO World, the largest annual industry gathering in France. More than 1,500 people attended, including over 500 resellers, and 180 booths with 350 brands.

France is certainly a key market for ADVEO. It represents over 30% of the group’s annual sales of around €1.3 billion ($1.75 billion) and the Plein Ciel and Calipage reseller networks have established leading positions with a go-to-market strategy that will no doubt have sparked the interest of the main UK wholesalers, among others.

Calipage is the ADVEO independent reseller group with an international footprint. In fact, it’s Europe’s largest OP franchise with over 500 members: around 270 in France, 130 in Spain, 90 in Germany and 30 in Benelux. 2011 sales were approximately €460 million and it is one of the cornerstones for development in ADVEO’s new strategic plan. OPI was pleased to have the chance to attend the Calipage day at ADVEO World, which included a packed general session with over 450 people in attendance.

ADVEO CEO Millán Alvarez-Miranda flew in from Spain and addressed the audience in French. His key message was that ADVEO would help Calipage members unlock their potential. Next, ADVEO COO and Managing Director of the French operations Jean-Yves Sebaoun provided an overview of the market and some key initiatives in 2013. He was followed by a dynamic dual presentation from Marketing Director Philippe Guillotin and Calipage’s French Director Agnès Maillard. The effervescent Maya Guez, Head of Services at Calipage France, provided details of initiatives in the printing segment, including two new managed print offerings.

The day’s breaking news was the announcement that ADVEO had made an offer to acquire certain assets of troubled French dealer group SACFOM/Buro+. If successful, this would see the Buro+ network join the ADVEO group in France alongside Calipage and Plein Ciel. At the time of writing, OPI had not received confirmation whether ADVEO’s bid for SACFOM had been accepted.

ADVEO World was also the setting for a key vendor meeting. OPI did not attend, but Sebaoun provided details of the key messages conveyed.

“We want to work even closer at a European level with key vendors,” he said, “but we will support those who recognise our value and offering as the leading pan-European wholesaler.”

Sebaoun added that ADVEO would continue to invest in its added-value service, including Calipage expansion, e-commerce development, further investment in its BTS/B2C offer in all countries, and expansion of marketing and promotional tools for each customer segment.

“We expect our vendors to support us in these areas and to invest where they feel there is real opportunity,” he stated.

The ADVEO COO also underlined that, while private label was an important part of the offering and service, the group was still “a brand house”

He added: “We thank our suppliers for their continued support. The creation of ADVEO [and our] clear go-to-market strategy offers them an opportunity for growth and development through our expanded customer base across all key markets in Europe.

“This is unique, especially as many categories are not growing in the changing market and the tougher economic climate.”

Sebaoun said that the feedback he had received from the January meeting had been “very positive” and that vendors could sense the “positive and collaborative culture” that ADVEO was trying to create.