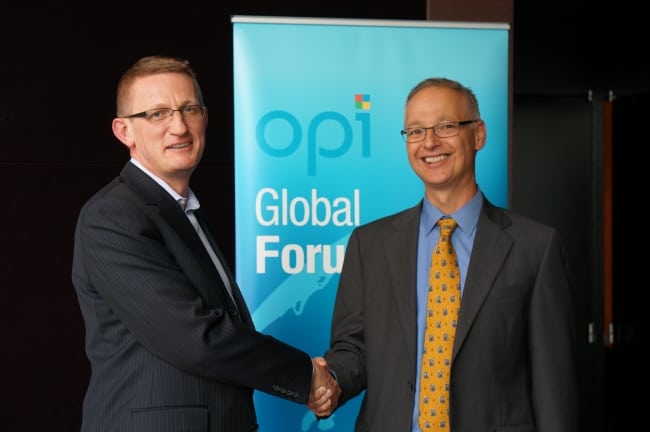 Aiken took over as interim President and CEO of United just two weeks ago following the sudden departure of Cody Phipps, and stepped into Phipps’ shoes as the ‘Big Interviewee’ at the OPI Global Forum currently taking place in Chicago.

Aiken was interviewed by OPI CEO Steve Hilleard and responded in a confident and articulate manner on a variety of topics, including United’s future strategy, the threat of Amazon and industry consolidation. He clearly has a deep understanding of United’s business from his time on the wholesaler’s board of directors, and his time in the foodservice industry – he is a former CEO of US Foodservice – also appears to be an asset.

The Big Interview with Aiken took place at the end of the first day of the 2015 OPI Global Forum which is being attended by around 100 senior industry executives from North America, Europe and Australia. During a stimulating and thought-provoking Day 1, perhaps the main takeaway was the urgent need to embrace and drive change in what was described as “a watershed moment” in the history of our industry.