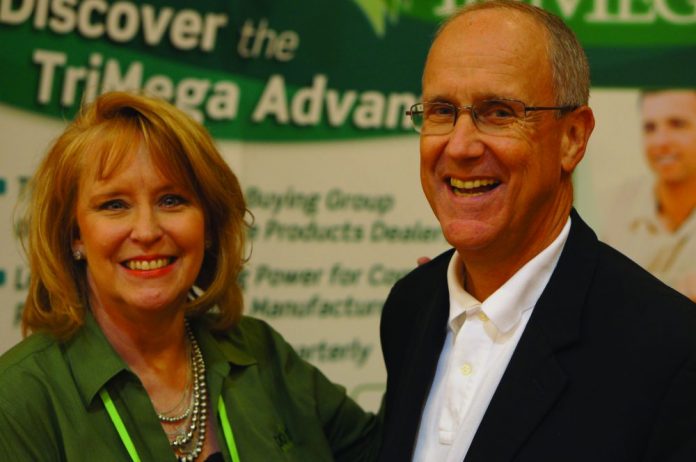 It cannot be denied that TriMega’s national accounts programme Point Nationwide (PN) has struggled in the three years since it was set up.

While Independent Stationers (IS) and AOPD raced ahead with their own programmes, PN seemed to get stuck in the starting blocks and fell some way short of its three-year target of $100 million in annual sales.

With major investments in PN by both wholesaler partner SP Richards (SPR) and around 90 founding dealer members, as well as its relatively high ongoing cost structure, questions had been raised about the very existence of the programme. Therefore, one of the most eagerly anticipated sessions at EPIC 2013 was a TriMega member-only town hall meeting on PN and its future, to which OPI was allowed exclusive access.

The town hall was hosted by TriMega’s EVP of Member Development Grady Taylor. When he came into the meeting, he draped ‘Police line do not cross’ tape across the lectern to try to break the ice ahead of what he was obviously anticipating as a potentially ‘robust’ session.

No refunds One of the key issues was what would happen to the founder members’ initial investment in the programme. PN is to be opened to the entire TriMega membership and it was confirmed that the founding dealers won’t be refunded their initial outlay, although they will be offered a degree of preference when it comes to servicing new accounts. As it turned out, the meeting focused mainly on the road ahead and OPI understands that the refund issue was largely covered in an earlier TriMega closed doors meeting.

The other main investor in PN was SPR. Taylor explained that PN was still contractually obliged to use SPR as its first-call wholesaler and that it would continue to adhere to this agreement. However, this relationship is likely to evolve as TriMega develops new partnerships with IS and – potentially – AOPD.

Cost-cutting Taylor himself assumed the leadership of PN a few months ago and has been busy revamping the programme. His first priority was to reduce costs, as the previous staffing levels – including now-departed Tom VanHootegem, two field sales reps and an in-house bid unit – were a significant financial burden that could no longer be supported. The team has now been slimmed down to four (excluding Taylor himself).

Other members of the PN team in attendance were Implementation Manager Nita Turpin and Manager Customer Support & Quality Andy Sullenberger. Both were singled out for their hard work in what has been a difficult few months. Turpin has significantly brought down the collection time for receivables, while a technology tweak introduced by Sullenberger was the key to winning an $800,000 contract previously held by Staples.

Taylor showed a slide highlighting recent contract wins and revealed that PN has seen double-digit growth over the past 12 months, although he conceded that this was “still not enough”

A $12 million state contract was recently renewed with one of the big boxes, but Taylor said he was “hopeful” that this account could be won by PN in the next year. There was support from the floor for PN’s new outsourced bidding team which includes former Corporate Express VP of Strategic Accounts Mike Netter, and Taylor confirmed that he was looking for more “savvy” bids that increased the so-far disappointing bid-to-win ratio.

‘Love fest’ One of the major themes of the whole EPIC convention was the new ‘love fest’ between TriMega and IS, and nowhere is this more prominent than in the national accounts channel. One example is the use of the PN technology platform for the new IS US Communities school supplies contract.

While this is largely seen as a positive step, Pam Gonzalez of Texas-based TriMega dealer Gonzalez Office Products questioned whether the dealer group was giving up its competitive advantage in terms of technology to basically help IS pay for PN.

Gonzalez OP is the holder of the TCPN co-operative contract that TriMega members can already use to sell into the local government space. And it was revealed that it has just been approved as a school supplies vendor by TCPN as well.

The Texas dealer obviously has a vested interest in seeing TriMega members do business through its contract rather than look to what IS has to offer and Pam Gonzalez contended that the TCPN contract is superior in terms of the technology platform available and price flexibility.

Drive volume Taylor empathised with Gonzalez and agreed with her that TCPN is more flexible, but his priority is to drive volume through the PN platform. If that takes offering the platform to IS-run contracts, so be it.

Another development has been to lower the minimum value of a contract that PN will consider bidding for. This is part of an outreach effort by Taylor and his team to find more leads from dealers. Fees have also been reduced, but won’t disappear altogether.

Taylor rounded off the session by pointing to the strong incoming stream of potential contracts and expressed optimism that more of these would now be converted into actual wins than had been the case in the past.

“We are going after the right kinds of customers and the right kinds of contracts,” he stated. “It’s been a rough road, but let’s turn it around.” Success isn’t guaranteed, but there are certainly positive signs from PN and a greater sense of optimism.

Presumably, it would have been easy for Taylor and the PN board to close the programme altogether if they hadn’t seen any future in it. After all, TriMega shut down the SmartXpress online initiative when that failed to make enough headway. PN has a great technology platform running under BMI that even IS wants to use for some of its customers, and there is a sense that past performance was more a question of execution rather than any inherent weaknesses in the model.

As IS and AOPD have so ably shown over the past three years, independents can compete in the national accounts arena, so let’s see if there is more encouraging news emanating from the PN camp following its recent revamp. 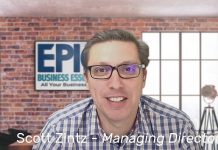 EPIC steps up to help dealers