According to the official press statement, Staples began discussions to acquire Office Depot in September 2014 and each company’s board of directors has now unanimously approved the agreement.

With the acquisition of Office Depot, Staples will have pro forma annual sales of approximately $39 billion and expects to generate at least $1 billion of annualised cost synergies by the third full fiscal year post-closing, with an estimated one-time cost of around $1 billion to achieve its synergy target.

Staples CEO Ron Sargent said:  “We expect to recognise at least $1 billion of synergies as we aggressively reduce global expenses and optimise our retail footprint. These savings will dramatically accelerate our strategic reinvention which is focused on driving growth in our delivery businesses and in categories beyond office supplies.”

Following the closing of the transaction, Staples’ newly constituted board of directors will increase in size from 11 members to 13 members and include two Office Depot directors approved by Staples. Staples’ corporate headquarters will remain in Framingham and Sargent will continue to serve as Staples’ Chairman and Chief Executive Officer.

Office Depot CEO Roland Smith added that the transaction “delivers great value for our shareholders and creates a company ideally positioned to serve our customers and grow over the long term”. 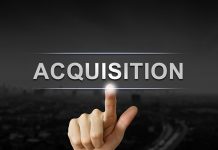