OPI reported earlier this year that Staples was working on the transformation of its iconic Easy Button into a connected ordering device for customers.

The office supplies reseller is applying machine-learning technology to the button, allowing customers to press it to order or reorder a product by voice, or to ask common order-related questions, such as when an order will be delivered or the status of a return.

The move is part of a big push by Staples to use machine learning to automate ordering and customer service, says Ryan Bartley, Director of Mobile for Staples. Machine learning refers to computer programs that teach themselves to grow and change when exposed to new data, without being programmed by an individual.

“The new easy system we are testing has AI [artificial intelligence] at its core,” Bartley says. “In the past year we’ve been testing using the button to let customers connect with customer service reps at Staples. And now we are we are testing a mixture of both bot and real person. We think using natural language to make requests and get what you want will soon be mainstream.”

Ease and simplicity are key to appealing to business customers, Bartley says. “The biggest insight we’ve taken from talking with our business customers is the need for any service we provide to live in the workflow of their day. We need to break down constraints. We need to make it drop-dead simple.”

As Staples rolls out the system to customers, it also is training its bots. When a customer speaks to the Easy Button, a bot receives the message and tries to interpret the request. If the message is too complex for the bot, the query goes to a human to handle. However, the bot constantly listens to each request and learns, even if a human is answering the question. The bots will learn over time how to improve their answers and handle more requests, Bartley says. “It’s still learning in the background,” he notes. “It’s the early days. But we are very interested in machine learning and AI.”

Staples, which says 80% of its mobile sales are B2B and more than half of revenue comes from the web, announced in March that it was testing the enhancements to the Easy Button; next month it will begin testing it with more customers, Bartley says. Staples also is testing chat bots in its mobile apps. For the next few weeks a portion of chats in its mobile apps will be answered using bots. The goal is for bots to manage the “vast majority” of in-app chats within the next few months. It’s also building out bots to respond to voice-based requests via its apps.

“We are moving beyond the barriers of desktop and mobile and into conversational type experiences,” Bartley says. “We view mobile as an orchestrator rather than a channel.”

Pilots with business customers continue and more rollouts are planned for the autumn, a Staples spokesperson confirmed.

By Bill Briggs, Senior Editor at B2BecNews, where this article first appeared before being slightly edited for OPI. The original version can be found on B2BecNews. 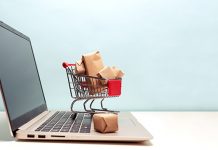