GOJO Industries’ President Steve Schultz has offered to match any donation made to the medical research centre City of Hope.

For those who donate in the month of May, Schultz will match it dollar for dollar to a total contribution of $50,000.

It follows his nomination as 2017 Spirit of Life Honouree, the highest humanitarian accolade presented by the City of Hope.

To help kick off the 2017 ‘Saving Lives Hand in Hand’ fundraising campaign honouring Schultz, the National Business Products Industry (NBPI) is calling upon the sector to support City of Hope’s cutting-edge work in cancer, diabetes and other life-threatening diseases.

City of Hope is a not-for-profit clinical research centre in California, famed for its ground-breaking work in immunotherapies for the treatment of serious diseases. Most know it as the birthplace of synthetic insulin, used to treat those suffering diabetes, a field in which it continues to make strides.

The centre recently drew public attention after it declared its target of curing Type 1 diabetes in six years.

The business products industry is a long-standing supporter of its work. In 2016, NBPI announced its new personal giving goal to raise $3 million over five years in support of the National Business Products Industry Chemical GMP Synthesis Facility. The facility will house City of Hope’s most promising new drug development and potentially lifesaving therapies.

The drive has already raised $2.1 million including $1 million in matching funds courtesy of Essendant.

To donate and for more details, head over to the City of Hope fundraising website. 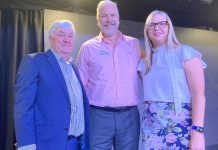 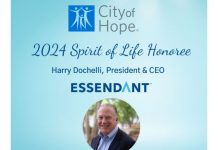 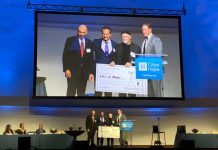